Bring up your children in the way of God, Ahmadiyya women advise parents 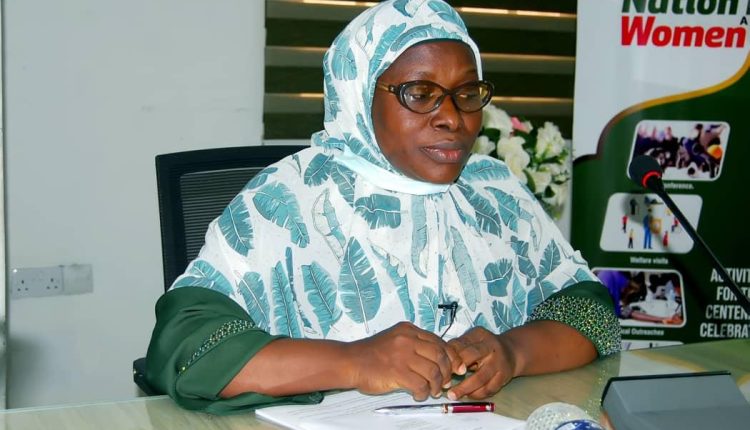 The women group of the Ahmadiyya Muslim Jama’at (Lajna Imaillah Nigeria) has advised parents to ensure bring up their children in the way of Almighty Allah so that they will become good future leaders.

The National President of the organization, Hajia Taofeeqah Aderoju Fagbolade, gave the advice during a Press Conference at the headquarters of the Jama’at,  Ojokoro  Lagos to highlight the programmes commemorating the celebration of the organization’s 100 years of existence.

Hajia Fagbolade said this just she enjoined governments at all levels to address the issue of almajiri children and other hoodlums to avoid the nuisance they are causing in the society.

“Parents have a greater role to play in the upbringing of their children in the society if we actually want them to be good leaders of tomorrow. Leaving the children to the caregivers does not allow most parents to take good care of their wards. We should be serious in the training of our children irrespective of their sexes.

“We must also take proper care of the homes because if the homes are well taken care of , everything will be okay. This is part of our advocacy programmes in the Lajna Imaillah and we will continue to do it”, the National President stated.

According to her, the organization was established in 1922 in order to give women a voice in the administrative affairs of the Community and a degree of independence, adding that it was “a real need to organize women to produce better results in national development,  special development and spreading the religion of Islam”.

“Our belief as Muslims is that Islam is the only religion that has clearly stated equality of men and women in spiritual matters and in fundamental rights. And of all the Islamic sects, Ahmadiyya is the only sect, which has practically shown the world that Muslim women can be organized to achieve great things. This is in line with the sayings and practice of the Holy Prophet”, she further stated.

Hajia Fagbolade said the organization in Nigeria has been engaging in activities covering spiritual, education, and training.

“In Nigeria, we have had 42 annual conventions,33 workshops, innumerable welfare outreach and free medical camps, various empowerment opportunities, and so on in line with the aims and objectives of  Lajna Imaillah Servants of God)”, she further said.

“The first-ever mosque in London called FAZLmosque was built out of the contributions of Ahmadi ladies.  Four of such mosques were built solely by donations from Ahmadi women as of 2008.  And more have been built after that.  One was completed in July 2021 at Ilaro, Ogun State, by the Lajna Imaillah Nigeria while two more are under construction in Lagos State.

“So far, our organisation established the first memorization school for girls, (Madrasat-Tahfizul Quran Lil Banaat) in 2010 in Ilaro, Ogun State. The school has graduated 65 girls who can recite the entire contents of the Holy Qur’an by heart. This will avail our members and children of the opportunity to learn the Qur’an without exposure to the opposite sex.

Highlights of the occasion included the hoisting of Ahmadiyya, Lajna Imaillah, and Nigeria flags.

Press Conference of Lajna Imaillah to commemorate the centenary celebration of the organisation held at the headquarters of the Ahmadiyya Muslim Jama’at Nigeria, Ojokoro Lagos

Banigo describes Bishop Ralph Ebirien as a great Apostle of…