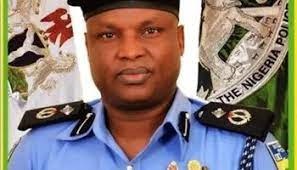 The National Drug Law Enforcement Agency, on Monday, opened its case against the suspended Deputy Commissioner of Police, DCP, Abba Kyari, before the Federal High Court sitting in Abuja.

During proceedings, NDLEA brought a Commander of Nacotics attached to its forensic unit, Mrs  Patricia Afolabi, to testify as its first witness

The witness, told the court that part of her job specification, involves receiving and conducting forensic analysis on drug exhibits.

She told the court that she had on February 7, 2022, received from the forensic liaison officer of the agency, Abubakar Aliyu, one sealed transparent evidence pack containing 24 dispensing pack each.

She said that each of the park contained white substance measured at 0.5grams and that the package also contained a request form for analysis.

“From the analysis I conducted, which I labelled exhibit A-X, I found out that 21 of the exhibits contained cocaine, while exhibit H to G were found to be negative.

“I then issued an analysis report of my findings, which I signed and sealed. I repacked them as exhibits in a large envelope and addressed it to O.C. NDLEA Abuja.

The court admitted all the exhibits in evidence without objection from the Defendants.

During cross examination, Kyari’s lawyer asked the witness if it was true that every suspect in a drug deal must be present before analysis is conducted, a question the witness answered in the negative.

She said it was not customary that all suspects would be present when substances are also handed over for analysis.

She confirmed that NDLEA operatives are stationed in all entry points in Nigeria, including at the Akanu Ibiam International Airport in Enugu.

Asked if she was aware if it was NDLEA that recovered the cocaine at the Airport in Enugu, the witness said she was not aware.

“I don’t know who recovered the substance. I did not come in contact with any of them”, she added.

The court adjourned the matter till Tuesday to enable counsel to the other Defendants to cross-examine the witness.

Kyari brought in the bail application through his team of lawyers led by Dr. Onyechi Ikpeazu, SAN begging the court to release him on bail, saying that his life is in danger at the Kuje Correctional Center.

Kyari’s team told the court that the fresh bail application was made out of compulsion die to the recent occurrence at the Kuje prison, where he was being remanded.

It will be recalled that on July 5, terrorists broke into Kuje prison in Abuja and freed hundreds of inmates including alleged members of the Boko Haram sect.

Reports had it that during the attack, some of the insurgents tried to locate Kyari’s cell but failed to do so.

Kyari who headed the Police Intelligence Response Team, IRT, had on May 24 when his trial came up, told the court that he felt unsafe at the prison facility, alleging that he was being remanded with hardened criminals, asking to be released on bail; an application which was denied.

Kyari’s Lawyer, Ikpeazu, however said that the fresh bail application was to plead with the court to reconsider his request as it has become a necessity considering the nature of assignments he undertook while discharging his duties as a police officer, adding that some persons Kyari made their arrests possible are still part of the inmates in the Correctional Center.

Aside from DCP Kyari, three other police officers that are equally on trial over the alleged offence. They include; ACP Sunday J. Ubia, Insp. Simon Agirigba and Insp. John Nuhu. They also begged the court to okay their release on bail on grounds of safety.

However, the 3rd defendant in the matter, Bawa James, who is an Assistant Superintendent of Police, ASP, did not join them in the application.

The NDLEA, through its Director of Legal Services, Mr. Sunday Joseph, urged the court to refuse the Defendants’ fresh request for bail.

The matter was adjourned to Wednesday, July 20 for hearing.