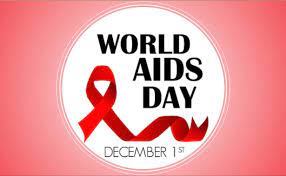 Over 30,000 persons living with HIV/AIDs in Edo State yesterday decried the lack of access to  adequate healthcare treatment in the state.

The vulnerable persons under the aegis of Network of People living With HIV/AIDs in Nigeria (NPWHAN) made the remarks in Benin City on Thursday while celebrating this year’s World AIDs Day with the theme, “Equalize Putting Ourselves to the Test:Achieving Equity to end HIV”.

Speaking with newsmen at the secretariat of the  Edo State Council of the Nigeria Union of Journalists (NUJ), the spokesperson of the vulnerable persons, Elder Francis Osayande said the day was set aside across the globe for persons living with HIV/AIDs to celebrate being alive.

DailyMonitorngr reports that, Osayande, the former State Coordinator and Zonal Coordinator of the association, said instead of celebrating, they are mourning as a result of the alleged lack of adequate care by the state government.

According to him, “December 1, every year, is one of our happiest days. We do observe it happily but this year we are sad due to the way we are being treated by the state government”.

“Today, we are mourning because the state government is out to kill HIV/AIDs positive people in the state, because a lot of us can’t access treatment following the demolition of  the Central Hospital where most of us receive treatment.

“They took the HIV/AIDs centre to Sickle cell centre but we are finding it difficult in there because there is no enough space. Each time we go there, we are made to  stay under the sun and we had to waiting over four to six hours before we can access care”, he said.

He also alleged that the state government was planning to merge the Edo State Agency for the Control of HIV/AIDs (Edo SACA) with the Edo State Primary Healthcare Development Agency (EDSPHCDA).

“We are also hearing from the  grapevine that the government want to merge the Edo State Agency for the Control of HiV/Aid with the Edo State Primary Healthcare Development agency.

“SACA is a creation of Law passed by the state house of assembly and assented to by the state government. It is supposed to get a board but it has not been constituted and the agency lacked coordination due to the absence of a board.

He, however, called on the state government to give them a conducive place where they can have access to good healthcare.

He also appealed to the state government to as a matter of urgency constitute  SACA board for the proper coordination of the agency.

Other demand of the association was to make things easy for their members in Auchi and its environs as they have not been also getting the necessary healthcare.

All Nigerians at risk of NTDS, Says FCT Coordinator

All Nigerians at risk of NTDS, Says FCT Coordinator