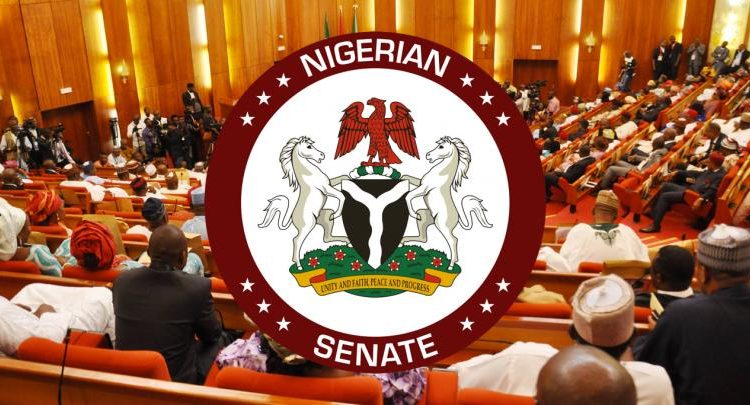 By Adekunle Adesuji
Senate on Wednesday threatened to give allocate zero Capital budget in 2023 to Independent National Electoral Commission (INEC),  Ministry of Police Affairs  , Ministry of Defence  who declined to give account  of Service Wide Votes received between 2017-2021.
The decision of the Senate was sequel to point of order raised by the Chairman of Senate Public Accounts Committee, Senator Mathew Urhoghide.
President of the Senate, Ahmad Lawan,  who gave the threat on the floor of the Senate while ruling on a point of order raised by the Chairman, Senate Public Accounts Committee.
Urhoghide drawn the attention of his colleagues to the frangrant disregard of heads of federal MDAs to Senate invitations to account for Service Wide Votes which were not audited by Auditor General for the Federation.
The Chairman told the lawnmakers that many of the agencies  were disrespecting the Senate despite the fact that Sections 88 and 89 of the Constitution gave the red power to summon them.
The agencies involved ate Office of the Accountant General of the Federation, Ministries of Interior, Transportation, Mines and Solid Mineral Development, Information, Communication, Petroleum, Defence, Police Affairs, Sports, Works and Housing, and Women Affairs.
Others are, State House, Presidential Fleet,  Nigeria Security and Civil Defence Corps, Independent National Electoral Commission, North East Development Commission, Nigerian Intelligence Agency and the Nigerian Air Force among others.
In his words , “The agencies that have vehemently refused to appear before our committee, this list of agencies and the amount that is against their name are staggering.
“I crave your indulgence that we invite through your order either by way of warrant of arrest or anything so that these agencies can comes that we can complete our report and submit to this Senate
Coming under order 42, 95 which is clearly explain the mandate of the committee of public account of the Senate”
Lawan therefore gave nod to Urhoghide’s pont of order and insisted that the public officers who utilised funds appropriated to their MDAs must give account.
He said, “Your point of order are sustained fully and completely, totally sustained, you are right on the dot to bring to the plenary your grievances secondly, I once served as Chairman of the public account committee for eight years. My only problem is when your write
“Reading this list at plenary it gives the agencies opportunity to now know if they were not aware before for those that may claim ignorance.
“I am taking the opportunity here to advise that in the next one week if the name of any agency is here that agency should reach the committee on public account of the Senate to sort our when the agency would appear before the committee.
“If there is no communication whatsoever and no cogent and verifiable reason are given we will Slash the budget of the agencies”
Continue Reading
97 others with zero allocation in 2023DefencepoliceService Wide Votes: Senate threatens INEC
20
Share FacebookTwitterWhatsAppPinterestEmailFacebook MessengerLinkedinTelegram