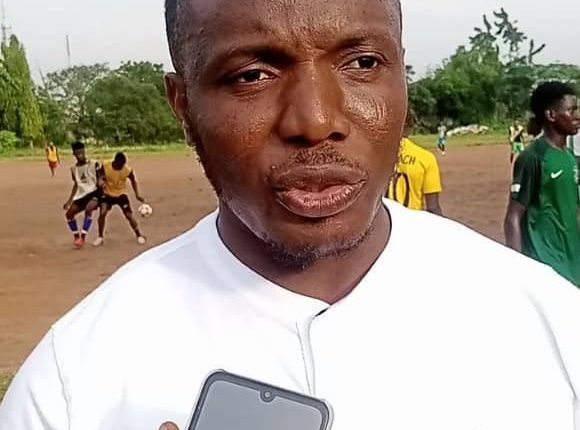 Kings in Christ Football Academy recently had their first open screening at Lagos in preparation to recruit players for future purposes.

Kings Football Academy originated from Kings In Christ Mission Church where Bishop Dr. Chidi Anthony is the CEO and the Chairman of the board of trustees.

Okechukwu Umeh, a European based who is also one of the members of the board of trustees reiterated that the main idea came from the team to set up kings football academy to groom new players from the grassroots to help and nurture them or rather take it as many as possible to Europe to continue with their football careers. Adding that the main reason they came to this level is that they have seen that in Nigeria a lot of talented don’t have ample opportunity to showcase their Gods given talents in the Nigeria premier league and other leagues and because of that they have decided to join forces to come up with a solid idea then after taking the same idea to the board of trustees and when they glanced through it they were overwhelmed and confirmed the idea to be very vital and useful.

Moreso after much deliberation and better understanding, there was the decision to arrange for an open screening which lasted for good 2 days and by the Grace of God the open screening was successfully done.

During the training and open screening exercise, Okechukwu Umeh confesses that what his eyes saw on the field of play shows that Nigeria has a lot of talented players but there are no such platforms for them to leverage and showcase their football talents to the world.

Advising Nigeria Football Federation (NFF) and the football organizers in Nigeria to come to the grassroots to see that we have lots of talented and skillful football players that are wasting. 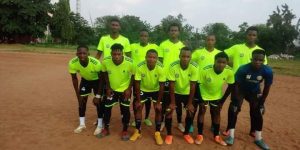 Notwithstanding, like Europe where I came from, they started from age 3 to start grooming players, so over there they have stages, from age 3 like I said parents start taking their children to the football pitch for constant practice and training and from there they will grow and never find it very difficult to switch to professional football why because football has become part and parcel of the system from their tender age, unlike Nigeria the case is much different, in this case, players are really on their own and they find it very difficult to excel even when they are good and talented. This makes them play amateur for some time and when results are not coming as they expected, their passion and zeal drop immediately.

The coach at the training ground, Ugochukwu Emeka Ephraim added that the mission of the academy is to scout, develop, and market. They based their scouting on the younger players to have a lot of time to work on them instead of being desperate to bush them even when they are not ripe.

Coach Ugochukwu is been optimistic that the players will not be dumped after being used. Kings Academy Football has set a good standard and platforms are on the ground. 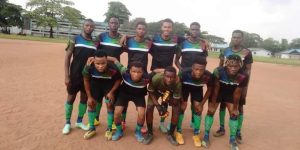 Dr. Chidi Anthony, the CEO / Chairman of the Kings Football Academy board of trustees was elated to see the huge performance of the players during the screening exercise. Call it an opportunity to help growing players gain increased exposure in the football industry.