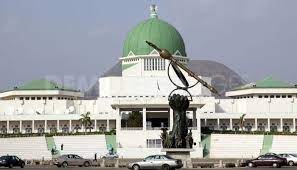 ..Says it has potential to discourage genuine investors

Organized Private Sector of Nigeria (OPSN) has expressed dismay over the frequent invitations of members by  the National Assembly (NASS), describing it as not only a distraction but has the potential to discourage genuine investor, frustrate the Ease of Doing Business initiative of the Federal Government and set a dangerous precedence of deviance to the time-tested principle of Separation of Powers in Nigeria.

Speaking in Lagos, the Directors-General of the Organized Private Sector of Nigeria comprising Manufacturers’ Association of Nigeria (MAN); Nigeria Association of Chambers of Commerce, Industry, Mines and Agriculture (NACCIMA); National Association of Small-Scale Industrialist (NASSI); National Association of Small and Medium Enterprises (NASME); and Nigeria Employers’ Consultative Association (NECA) stated that “recent activities of various Committees of the National Assembly, such as inviting and requesting Managing Directors of Businesses to appear and also submit documents for the purpose of an investigation is worrisome. We had written severally to the Committees informing them that the action is not only a distraction to organized businesses but also a usurpation of the powers and responsibilities of the Executive arm of Government”

Speaking further, the Directors-General expressed that “our understanding of the powers conferred on Lawmakers by Sections 88 and 89 of the Constitution is for the exercise of oversight functions on Public Sector Agencies. We, honestly, cannot find any support in the aforementioned Sections for investigations of Private Companies. In our view, the Legislature cannot make law and supervise its execution. We strongly believe that the intended investigation falls within the prerogative of the Executive Arm of the Federal Government. This is based on the doctrine of separation of powers in Nigeria. If the National Assembly Committees have issues with the way and manner the Executive Arm is carrying out its responsibilities of ensuring compliance to various laws and regulations, their focus of investigation should be directed at the relevant Ministries, Departments and Agencies of Government rather than the Private Sector”.

Sharing insight into efforts made to get relief by Organized businesses from the incessant invitations by the Committees in the National Assembly, the Directors-General noted that “we had made several representations to the various Committees and also approached the Courts for the determination of the constitutionality, scope and extent of sections 88 and 89 of the 1999 Constitution on Businesses in the Private Sector. The crux of the matter is the determination of the extent of legislative investigatory powers as contained in sections 88 and 89 of the 1999 Constitution, especially how it applies to Businesses in the private sector. The case also challenged the grounds relied upon by the Committees to invite companies in the private sector.

The Directors-General are worried by the fact that, despite Rules within the NASS to the effect that where cases are in court, it should be respected and no action should be taken until its conclusion. It would appear that the lawmakers are not adhering to this rule, even when they are parties in the matter and the case is still pending in a court of competent jurisdiction.

While urging restrain and stoppage of the invitations, the OPSN Bosses urged that “the NASS Committees should tarry for the Court to make pronouncement rather than continue the unabated harassment of legitimate business owners. Businesses are already faced with myriads of challenges and it will be counter-productive for some Committees of the NASS to constrain the wheel of the most productive sector of the economy, organized businesses. Moreso, the NASS Committees appear to be contravening the NASS Rule by still taking action on a matter that is before a Court of competent jurisdiction. Our expectation is that legitimate businesses should be supported by the NASS Committees complimenting the efforts of the Executive Arm of Government by legislating laws that will make the business environment more friendly to attract domestic and foreign investments”.