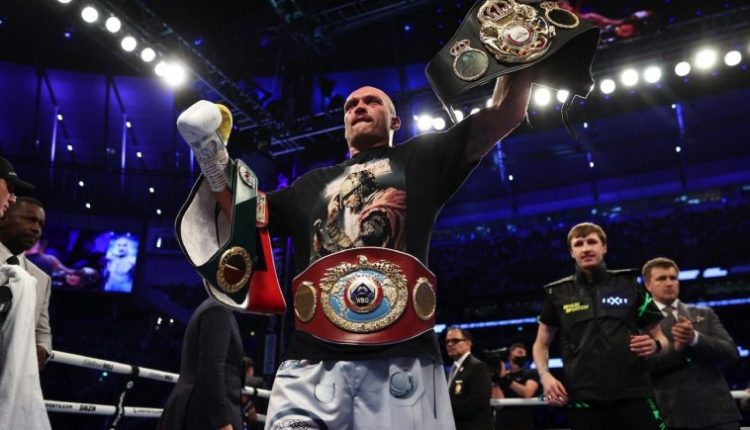 The Newly crowned IBF/WBA/WBO heavyweight champion Oleksandr Usyk says he’s ready and willing to give dethroned champ Anthony Joshua a rematch any where in the world.

In a battle of 2012 Olympic gold medalists, Joshua looked mentally disengaged most of the fight against the former undisputed cruiserweight champion Usyk at the Tottenham Hotspurs Stadium in London, UK.

To say that Joshua wasn’t at his best is a huge understatement. AJ looked like he was at his career-worst, not throwing punches, and looking like he was painting by the number system against Usyk.

“It makes me look better,” said Usyk to iFL TV about the bruises around his eyes from his fight with Joshua. “Why shouldn’t I be happy? I had a victory. And I went through hell during training camp, so now I just need to relax.

“No,” said Usyk upon being asked if it matters where the second fight with Joshua takes place. “Even in space,” said Usyk,

Usyk will need to fight differently in the rematch, seeing that Joshua is going to be fighting more aggressively, attacking throughout after underperforming last night.

PIA amendment and exigency of 10% allocation to host communities