Empowerment: Aspirant reach out to constituents in plateau, says “i am consolidating on my father’s legacy 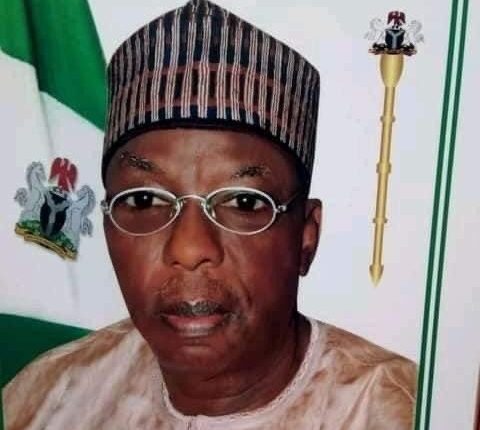 Faisal who is the first son of late Hon. Haruna Maitala, the member representing Jos North/Bassa constituency in the green chamber of National Assembly said he is consolidating his father legacy.

The aspirant said if giving the mandate to represent his constituents in the upcoming Jos North/Bassa Federal Constituency bye-election scheduled for 26th February, 2022, he will continue reaching out to people and surpassed his father track records.

Faisal gave the assurance during the distribution of legacy project for over 200 women and youths tagged “late Hon. Haruna Maitala empowerment programme 2022, held in Jos the state capital on Saturday.

The beneficiaries which cut across Jos North and Bassa Local Government Areas were given items such as; 65 motorcycles, 65 grinding machines and 78 sewing machines respectively.

According to him, ” we are consolidating on the achievements of our father, our leader and our mentor late Hon. Haruna Maitala. He has executed a lot of projects across the constituency.

“To me this gesture is part of our campaign slogan. We started working and processing this initiative before my father’s demise. And after his death, the entire family members decided to sit back and said whatever belongs to Jos North/Bassa Federal Constituency is giving to them.

“So when this items came we painstakingly key into onward distribution to the target beneficiaries without further delay.

“I am calling on all the beneficiaries to make judicious use of the items given to them in other to better the living conditions of their families and society in general”, Faisal stated.

Mr. Sati Zubairu of Naraguta’B’Ward in Jos North LGA who is amongst the beneficiaries and Hajiya Galina Yahaya, the woman leader of APC in Jos North shower accolades to the aspirant (Faisal Haruna Maitala) for reaching out to masses at this period of economic hardship.

The duo acknowledged that this is first for them to enjoyed such benevolence from an aspirant seeking for election.

They call on the constituents of Bassa/Jos North to rally support around him believing when get to the National Assembly he will do far beyond what he had done.