Africa to get emancipated from mental slavery, Foundation predicts 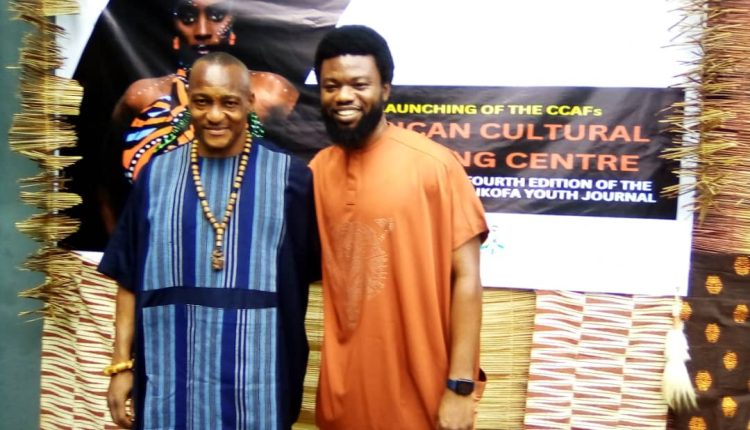 An African heritage organization, Correct Connect Africa Foundation (CCAF) has predicted Africans would eventually liberate itself from neo-colonialization, saying the key to the door of that breakthrough is in their hands.

The Centre believes Afrcans are currently being enslaved through their minds, noting that Africa’s greatness is embedded in her original culture and heritage.

The Coordinator of CCAF, Anthony Aleakwe Odior disclosed during the opeining of the Foundation learning Centre and launching of the 4th edition of the Sankofa Youth Journal at Omole phase 1, Ogba in Lagos.

The Centre is an informed and conscious effort of the CCAF to concretize its plans towards promoting an education that takes Africans ack to their roots.

The Foundation hopes to attract students in both primary and secondary levels, university students, youth groups and people interested to learn more about their African heritage.

The Sankofa journal is one of the media for the kind of education the organization stands for which is also fashioned to encourage reading culture among the young people.

While speaking with Daily Champion, Odior said, “There has been a high level of decadence and trivialization of the African culture, thereby leading to a loss of identity, and then to the alienation of the Africans from their reality. Slavery, colonialization, neo-colonialization, cultural homogenization and economic poverty are all agents and causes of the mental slavery syndrome of a majority of Afrcans.

“CCAF is out to create a social consciousness of who we are as Afrcans. The solution to our challenges lies within us , it is never far away…we are going to emancipate ourselves from mental slavery because whilst others might free the body, none but ourselves can free the mind. Mind is your only ruler, sovereign. The key to the door of emancipation is in our hands, we just have to be aware of it.

“CCAF is fundamentally educational. Our approach to education is a vision called ‘Khepert Ankhu.’ This conceot means in the Afrcan classical language the ‘Perpetual Improvement of the Human Being,”

He further explained that, Khepert Ankhu “centres in the idea that the finality of knowledge is the preservation of natural existence and the perfection of a moral existence.”

He therefore noted that the Afrcan Learning Centre would be an office of excellence for education to be characterized by “its unique pedagogical approach to the promotion of African heritage.”

The Chairman of Ojodu Local Council Development Area, Hon David Odunbaku, who officially opened the centre, said such kind of educational edifice is uncommon, noting that his administration would give the necessary support.

He added, “It is a laudable project. We don’t have this kind of learning center around especially in our local government. We will do everything within our power to propagate this place and get our youth invloved.”

Also speaking, the Administrative Director of the Centre, Olufunmilola Ibironke Olota stressed the Centre stands for the history and heritage of Africans.

“It is a training academy, a resort bank. Our people can walk in and learn a lot of undiluted information about Africa,” she stated.

A model artiste, Atinuke Oni believes in the core value of the Foundation to inculcating African culture and heritage on the youth.

She hinted on doing her National Youth Service Corps (NYSC) programme at the Centre, saying she would be willing to work with the Foundation in propagating African culture.