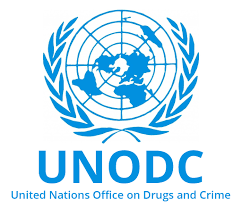 The Training workshop had participants drawn across Eight  Local Government Areas of the state and was part of efforts towards stemming the growing rate of drug abuse and dependency in the State.

The objective of the workshop included to train participants as Peer Educators for Drug Free Action among youths, expose participants on the dangers of drug abuse and equip them with knowledge and skills that will enable them avoid drug abuse and influence their peers positively.

Speaking on the objectives of the training, the Executive Director, DIG Foundation Chief Oliver Chima Aja, stated that the training  was meant to expose participants to the dangers of drug abuse and the need to shun it.

Chief Aja reiterated that the training was to  equip them with requisite knowledge and skills to enable them avoid drug abuse, and influence their peers positively.

He opined, ” If you look at the challenges faced in terms of drug abuse issues in the country and Ebonyi State in particular, especially this recent Mkpuru mmiri, you will understand the need for urgent action.

In s lecture titled ‘Analysing the current Global Drug Situation  Mr Erepa state “One third of the World’s Drug Users are women, there are approximately 3.5 million female who inject drugs, out of estimated 12 million people who inject drugs.

He charged the participants, traditional Rulers, to identify all institutions associated with drugs

Participants unanimously stressed the need for synergy among Security Agencies in order to stem the tide of drugs abuse in the country.

Highlights of the event was the issuance of Certificates of Appreciation for participants for being Ambassadors and “Drug Free Action Advocates.

It would be noted that DIG Foundation among other objectives is focused on working towards Peaceful and Democratic Nigeria Society with Healthy Environment.