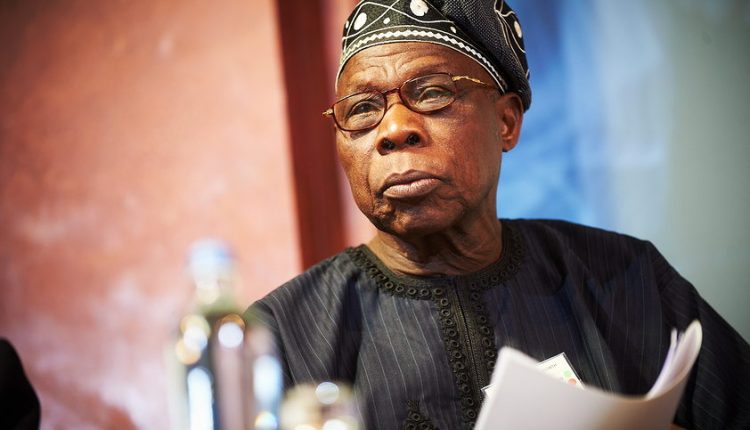 Education should be free at primary and secondary levels

Former President of Nigeria Chief Olusegun Obasanjo and former Vice Chancellor of the University of Lagos Prof.Oluwatoyin Ogundipe and his counterpart at the Micheal Okpara University of Agriculture Umudike Umuahia Prof.Hilary Edeoga have called on the federal government and the governing councils of universities and its management to seek partnership with private companies to find partners to fund the nation’s ivory towers for productivity.

The ex-president however said that there should be free education at all primary and secondary education levels for any meaningful progress to be made by Nigeria as a country in terms of education of the citizenry and lamented that there are currently 20 million out-of-school children roaming the streets of the country.

According to the former President, the resolution of the strike by ASUU is not a complete solution to the challenges in the nation’s educational system because the presence of 20 million out-of-school children in the nation will continue to have a huge impact on tertiary and all aspects of education

They spoke at the National Summit on Education organized by the Speaker of the House of Representatives Hon. Femi Gbajabiamila to address the contentious issues in the nation’s education sector following the resolution of the eight-month-old strike by the Academic Staff Union of Universities ASUU with the Nigerian government.

He blamed the failure of the Nigerian education authorities to tap into the education for all project launched by the United Nations Educational Scientific and Cultural Organisation UNESCO in all countries to get all the numerous out-of-school children into school with minimal cost.

He said: “the greatest asset of any nation is its people. 20 million of our people are out of school. They cannot be part of nation-building because they’ve not been able to develop themselves.

“We also had a strike during my time as President. Even primary school teachers had at that time threatened to embark on strike action.

“We must therefore find solutions to this the challenges in the education sector. This is because we are cutting more than we can chew”.

The ex-president said that we can get the out-of-school children back to school immediately to forestall any danger of their indoctrination and added that we should be able to get all Nigerian children through secondary education.

Also speaking in like manner, the former Vice Chancellor of the University of  Lagos Prof.Oluwatoyin Ogundipe said that the universities governing councils and their management should partner with private companies and other entities to ensure that there is sustainable funding for the universities.

He called on the  Federal Ministry of Education and the Tertiary Education Funds TETFUND to engage these higher institutions host communities, churches, mosques, and even private companies to fund specific intervention projects in the universities.

Also in his own intervention, the former Vice-Chancellor of the Federal University of Agriculture Umudike Umuahia Prof. Hilary Edeoga said that the underlying issue that is breading the crisis in the nation’s education sector is strictly funding issues.

Earlier in a remark, the Minister of State for Education Mr. Goodluck Opiah said that there had been efforts by the federal government to reposition and reform the education sector in Nigeria.

He said that there are that are 215 universities, 219 polytechnics, and 115 federal colleges of education owned by the federal government there are funded by it annually.

He added that the withdrawal of experts from the university system had resulted in a brain drain that dealt a devastating blow to the education sector in Nigeria.

The Minister who was a former lawmaker commended the Speaker of the House Hon Femi Gbajabiamila for his intervention in the resolution of the eight-month-old strike by ASUU saying that it is a demonstration of his commitment to aid reform of education.

At the Summit, the President of ASUU Prof Emmanuel Osodeke said that the issue of baron drain is due to non-payment of salaries and other emoluments of the academic staff of the universities.

He lamented that huge public funds is expended on the training of the finest academic and they later leave the shores of the country to teach in some other universities for greener pastures.

On school fees, he said that it should be reviewed by the authorities to encourage students to study courses that’ll help in national reconstruction and noted that most Nigerian professors went to universities through free education.

He added that reforms and reviving tertiary education in Nigeria will involve pragmatic solutions to the key issues and lamented that university lecturers did not receive salary for eight months.

Other key stakeholders also called for autonomy and adequate funding of tertiary education in Nigeria in line with the UNESCO standard template for education funding noting that the nation is trailing far behind most African states including Ghana, Kenya, Burundi, and many more in education funding.