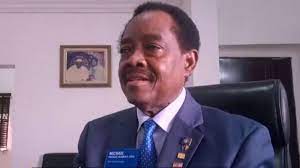 The Nigeria Export Processing Zones Authority (NEPZA)the Managing Director of NEPZA, Prof. Adesoji Adesugba and his counterpart from the Oil and Gas Free Zones Authority (OGFZA), Sen. Tijjani Kaura said this at the 30th anniversary of free trade zones scheme in Nigeria on Wednesday in Abuja.

He said that the global business model was meeting its objective in fast tracking economic growth and industrialisation.

According to him, the decision of the Federal Government to key into this concept has remained legendary as the model has become a key driver of the nation’s economy.

While projecting a brighter future for the free trade zones, Adesugba said that the business enclaves harbor over 600 enterprises providing 150,000 direct employment and an estimated 400,000 indirect employment.

“To date, the zones have attracted over 30 billion dollars investments which is expected to exponentially increase in the next few years with our sustained incentives and aggressive investment drive across the world.

“The future is bright for the Free Trade Zone scheme in Nigeria.

“And again, we express our profound appreciation to the President Muhammadu Buhari-led administration for the approval given for the establishment of six Special Economic Zones and the earmarking of four international airports as Free Trade Zones in 2021,’’ he said.

Adesugba pledged that NEPZA would continue with its reforms to position the scheme for global competitiveness.

According to him, the authority has established Special Economic Zones Dispute Resolution Centre to mediate in disputes among operators in the zones.

“More so, the Special Economic Zones Training Institute, Kano will help bridge the knowledge gap in the free zones scheme.

“The authority also established an automated platform to digitise the operations of the scheme for enhanced efficiency and accountability,’’ he said.

“In the last 30 years, the scheme is operating under robust fiscal incentives as enunciated in the enabling Act.

“These provisions have enabled the Authority to checkmate attempts by revenue-generating agencies to over reach themselves in collection of taxation and levies,’’ he said.

The NEPZA boss said that rather than bickering amongst sister agencies, the Authority was developing notable strategic alliances as follows:

“Acceptance by the Nigeria Customs Service (NCS) to fully implement the free duty incentives regarding imports and exports by Free Zones’ Enterprises into the customs territory.

“A Memorandum of Understanding with the Federal Inland Revenue Service (FIRS) on administration of taxes in the zones and regulatory guidelines for banking operations in the free zones in collaboration with the Central Bank of Nigeria (CBN),’’ Adesugba said.

He said that 13 free zones have been licensed so far by the current administration, describing the presence of key global enterprises in the zones as a testament to the assertion in speedily contributing to the growth of the Nigerian economy.

He however said that regardless of the achievements made so far, the scheme had faced some challenges.

According to him, the scheme in Nigeria still lags in delivering key economic developmental indices compared to what has been attained by free zone schemes in other locations.

“Taking cognisance of our comparative advantage in the hydrocarbon sector, Nigeria established the first free zone dedicated to oil and gas in the world.

“This has tremendously contributed to Nigeria’s Gross Domestic Income, in an unprecedented manner, Kaura said.

Kaura said that OGFZA was still open to partnership to develop the enormous potential in the mid and downstream sectors in line with the Nigeria’s national development plan.

“This is with immediate emphasis on the Medium-Term National Development Plan 2021-2025, while providing model development centres for achieving the agenda 2063 of the African Union in collaboration with other international development partners,’’ he said.

However, The Lagos Chamber of Commerce and Industry (LCCI) has projected that the Nigerian economy will end the year with a positive growth of 3 to 4 per cent.

The LCCI president stated that achieving the chamber’s projected growth required the fiscal and monetary authorities to promote policies to encourage private capital inflows to the economy.

Olawale-Cole added that the authorities must also develop physical and soft infrastructure, business-friendly regulatory policies, economic diversification and employment generation, among others.

Addressing the country’s Gross Domestic Product (GDP) third quarter growth decline of 1.78 per cent year on year, the industrialist said the development was reflective of the challenging economic conditions.

He, however, posited that the annual GDP growth would close on a positive note for the year.

“It should be noted that emerging shocks, threats, and risks have created fears of slowing growth and even recession in the coming quarters going into the new year 2023.

“With the worsening security challenges in some parts of the country, foreign exchange scarcity, and high energy costs, growth may shrink as production bases come under siege, and supply chains disrupted leading to scarcity of goods in the markets.

“With worsening security perception about the country, and the coming of a new government, foreign investors are not interested in bringing in Foreign Direct Investments (FDI) to nigeria at this time.

“We have, however, in the course of the year, advocated for a well-coordinated synergy between the fiscal and monetary authorities, as well as members of the private sector in navigating the uncertain economic terrain.

“We would continue to engage with the government in creating an enabling business environment where the private sector is empowered to create jobs and generate revenue for the government,” he said.

Olawale-Cole projected that inflation would sustain its double-digit level in the short to medium term.

“These structural factors will continue to mount pressure on domestic consumer prices,” he said.

Addressing the power sector, the LCCI president noted that the frequent collapse of the national grid showed that it could not supply sufficient power to meet the electricity demand of Nigerians.

He added that the sector recorded issues of vandalisation, disrupted gas supply, inability of distribution companies to take up generated power and the challenges of achieving 100 per cent metering for power consumers.

“With the cost of diesel at record levels and persisting poor power supply, businesses are running on unsustainable costs and producing at uncompetitive prices.

“This can lead to job losses if the output is constrained due to the unbearable cost of production.

“If not quickly tackled, these challenges will likely subdue the GDP growth potential and projections for 2022.

“The most sustainable solution to Nigeria’s power shortages is the transition to renewable energy and the decentralisation of the national grid,” he said.

Olawale-Cole said the activities of the chamber’s service committees and sectoral groups were sustained during the year in spite of the numerous challenges of the business environment.

According to him, all the committees and sectoral groups performed very well and the achievements recorded could not have been possible without the support and cooperation of everyone.

“I, therefore, would like to express my sincere appreciation for your cooperation and commitment to the promotion of the noble cause of our chamber.

“Our chamber is now the institution of first choice when foreign diplomatic missions, investment promotion agencies and business associations are seeking institutional partners to promote investment and trade between Nigeria and their various countries,” he said.