calls for right use of roads 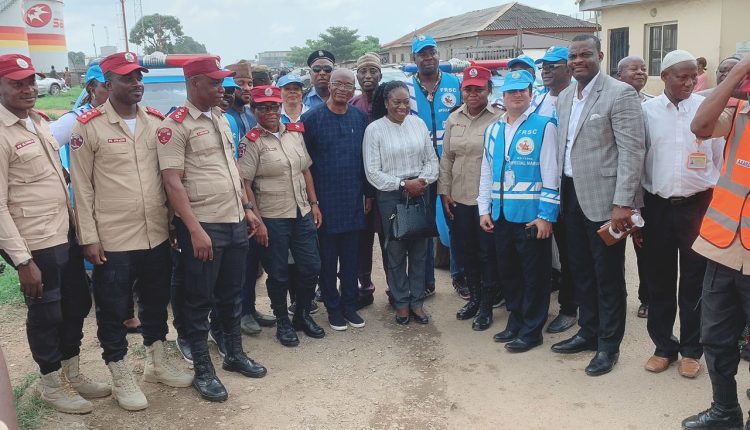 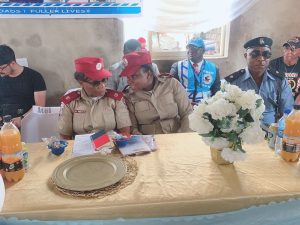 The Federal Road Safety Corps, Lagos airport unit command has called for the proper use of roads so as to ensure safety.

This was made known during the FRSC ember month flag off, celebrated on Thursday, October 27, 2022 with the theme “Avoid overspeeding, overloading, unsafe tyre use to drive alive.”

The commander FRSC, Lagos airport unit, J.O Fatuase discussed the reason for the flagoff, she said it is to enlighten people and give people the right sensitization on road use and driving safely.

“We are flagging off our ember month, 2022 flag off to enlighten people on the the proper use of tyres and the dangers of using worn-out tyres. They are also being taught on how to reduce their speed to maintain the particular speed for their various vehicles. We are also informing them to not overload their vehicles to ensure that they drive to arrive safely.

“The international airport is an international environment so we expect people to drive carefully and not to speed, we need them to be careful and not to use their phones while driving. We are trying to ensure this menace is curbed.” 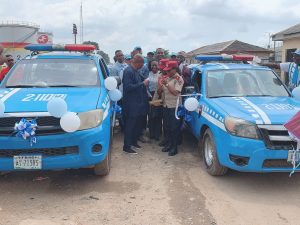 Fatuase also said the FRSC’s ember flagoff is an enlightenment campaign which will continue everyday and discussions are being had with groups concerning safety, she also spilled that the FRSC rescue team always on standby to ensure safety.

“The flagoff is part of our public enlightenment campaign, so we’ll be doing this everyday. We go to parks, mosques and schools regularly to talk to people about safety. We also go to companies and major parts within our jurisdiction to talk to them about safety. We are also on patrol for 12 hours everyday and for rescue, we have a standby 24 hours rescue team.”

The unit commander also added that the FRSC have been able to build a solid relationship with the road users that ply the unit, stating that they’ve been able to avoid chaotic situations.

“We have a very good relationship with our road users in the airport environment. You know when there’s enforcement there are always issues, people would not want you to enforce the law on them but regardless we haven’t had issues with our offenders at the airport, we’ve been to manage them to a level where we don’t have any chaotic situation, it is under control.” 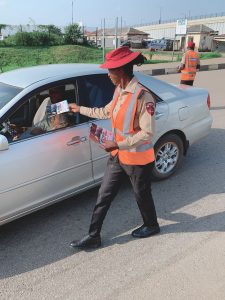 She admonished people to drive safely and not use their phones while driving so as to not get distracted, she also added that seat belt usage is a must and urged people to check their tyres from time to time and avoid speeding. 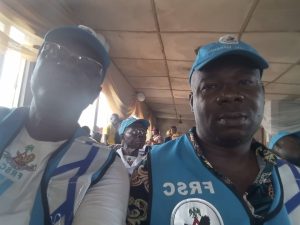 CBN Adjudges Remita as Payment Service Provider of the Year