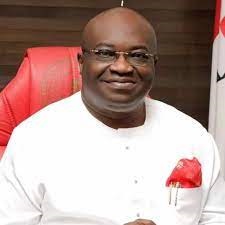 Forum Of Mobile Advert Practitioners Of Nigeria  in collaboration with Abia State government organise a two days training workshop  for its members and the general public in Benin City, the Edo State capital.

The theme of the maiden edition,  “Capacity building initiative for individual sustainability in a fast changing world” which started on Tuesday, 9th August 2022 to Wednesday the 10th August, 2022, attracted participants  from  Osun State,  Ogun, Ondo, Delta, Lagos,  Kwara and Edo, the host state.

In his opening remarks, the  National President of the Organisation, Otunba Mike Osimen declared that the maiden edition of the workshop  was long overdue considering the general economic situation in Nigeria and the nature of their business, taxation, which he described as a seasonal job. He described the job of mobile advert revenue collector as a seasonal job saying that the operators of the industry need other means of generating income  for self sustainability when the season is over.  He said he decided to organize this workshop because of his members who face  financial constraints the moment their season of operation was over. He said the urge was further reinforced when he saw on television where one of his members, Muyiwa Adeyemon, an animal husbandry expert giving lectures in Kano. He said he felt it worthwhile to equip the members with individual skills to survive, adapt and thrive in the fast changing economic situation in Nigeria.

According to Otunba Mike Osimen, he said,”  today is yet another good day in the annals  of our history as an organization. This is a day we have set aside to bring to an end the incessant cash constraints our people have experienced in the past because of the fact that our job is a seasonal job which is, helping Local Government councils to generate revenue and the moment the season is over, our people are often faced with economic hardship because of the fact that they have just only one source of revenue. So we have decided to come up with this workshop with experts in capacity building to teach our members to create diverse sources of income through agriculture”.

He said,” we create revenue for government, we should be able to also creat other sources of income for ourselves so as to ensure that every season is a good season”

He said the workshop  became necessary also  for all the practitioners to come to together as a body to hear first hand of  the recent development  from the Abia State government who, through the State governor, His Excellency, Okezie Ikeazu , who has commissioned Forum of Advert Practitioners of Nigeria to be responsible for generating revenue for the state through mobile advert. He said, “the governor invited me to the government house and  during our interaction the  governor  told me  that the state government has terminated the appointment of Mopol  Azubuike who was in charge of revenue generation through mobile advert.  The governor said he has heard so much about  Forum of Mobile Advert Practitioners of Nigeria and has therefore  decided that henceforth that FORUM of Mobile Advert Practitioners of Nigeria   should take over mobile advert revenue generation for  Abia  state.”

Speaking to the Press during the workshop,  Otunba Mike Osimen declared that he decided to use Edo State  for the event because according to him, ” Benin is centralized as this will allow participants from other  parts of the country to easily acces the venue so that all mobile advert practitioners can converge to ventilate on the  Abia State offer and for the officials of the Board of Internal Revenue to  interact with our members on ways to harmonize operations with a view to mitigating double taxation.”

The representative of  Abia State governor,  Mr Agu Ndubuisi, of the Abia State Board of Internal Revenue pointed out that Abia State has graduated from manual documentation of payment but has embraced digital documentation and look forward to a robust working relationship with the members of FORUM of Mobile Advert Practitioners of Nigeria. He said Abia State has gotten an app to generate e emblem to discontinue the manually generated emblems and stickers through paperwork.

Also Speaking to the Press at the event, the Chairman, Board of Trustee, Chief Dr. Gabriel. O. Ojioba,  said the workshop has become imperative as it would equip the members with the necessary training for self reliance since revenue collectors collect revenue once in a year and after that the revenue collector is idle until the next season. According to him, ” this training will enable our members to be equipped with relevant skills to enable them have access to multiple sources of income”

Still speaking, he said,” capacity building at this critical point in our national life is imperative as Nigeria is in a war-like situation and as such, multiple means of self sustainance is inevitable”

One of the key speaker at the event, Mr Muyiwa Adeyemon, an animal husbandry expert, said that global food shortage is looming but that Africa has the solution through farming. According to him,” farming is the way to go.” He said it was very risky to be dependent on only one source of income. He told the participants to engage in farming  as means of preparing for their old age as according to him, it is dangerous and awful to be old without any  retirement benefits. He took quality time to educate the participants on different ways of creating multiple strings of income through agriculture which includes poultry, rabbit farming, fishery, grass cutters farming etc.

Some of the participants who spoke to the Press were visibly excited and expressed their appreciations for the organisers of the workshop.