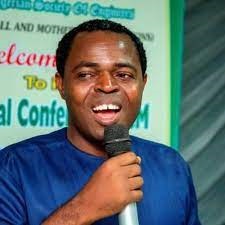 0 21
Share
From Victor  Duruamaku  Owerri
An  Engineering Guru, Engr Dr Hilary Ijeoma Owamah, has called on the federal government to show more commitment towards indigenous technological development in the country
Presenting a public lecture on sustainable engineering indigenous content and economic development at the grand finale of the national essay competition for secondary school and students of tertiary institutions in Nigeria organized by the Nigerian Institution of environmental Engineers Imo state chapter held in Owerri, Engr Owamah noted that the federal government’s attitude towards technological development is very appalling
According to  him, ” the government attitude towards breaking the jinx of technological  backwardness in Nigeria is very appalling”
Worried  about this development, the lecture  noted that in Nigeria, all brands of cars are found without any one truly designed and made in Nigeria
He regretted that government policy makers in Nigeria take technological decisions without consulting Nigerian Engineers and technologists
The lecturer, observed that where sometimes good policies are made, follow ups and implementation becomes uphill task.
Also he noted that poorly equiped educational institutions contributed to the backwardness in the technological development in the  country
According to him, ” our tertiary institutions that are supposed to train proficient engineering personnel are now filled with obsolete and in most cases nonfunctional equipment”
In that circumference, he said,” you can imagine the quality of products these institutions are chuning out”, pointing out that ” in recent times Indian engineers have been in high demand in United States of America, and other developed countries of the world but here in Nigeria, some of our engineering graduates can not boldly tell the difference between a bolt and a nut”
Engr. Dr Owamah, however believed that Nigeria as a country can still move forward in technological development noting that no situation is totally hopeless
He said, ” Nigeria as a nation can still exit the comity of technically backward  nation if certain measures are looked into”
To remedy the situation, the lecturer suggested safe copying of items  already in the market, laboratories and workshops for competent analysis and building of prototype must be in place while government must sincerely encourage made in Nigeria items and assist in improving their quality should  provide adequate electric power supply, though Nigeria has been flaring natural gas for decades with abundant odeposit of coal and renewable energy resources.
Engr Owamah noted that anther worrisome issue is the unhealthy rivalry between the engineers, technologists and technicians.
He  decried what he described as unhealthy struggle of superiority among engineers, technologists  and technicians in Nigeria each feeling very superior
According to him, ” presently, there is a cold war among the engineers, technologists and technicians in Nigeria each feeling superior to the other
Continue Reading
Engineering GuruEngr Dr Hilary Ijeoma Owama
0 21
Share FacebookTwitterWhatsAppPinterestEmailFacebook MessengerLinkedinTelegram