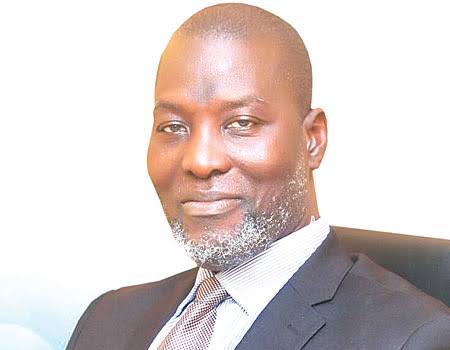 Olomu stated this on Thursday at a grand reception organized by the management and organized unions of the hospital to welcome him for his second term in office.

It would be recalled that some top management staff of Board Chairman of the Hospital, Dr. Mahmoud kicked against Olomu’s second term reappointment, alleging him of age falsification and mismanagement of the hospital’s asset.

But the Federal Ministry of Health described the allegations as frivolous and unfounded after months of investigation and recommended his reappointment to President Muhammadu Buhari.

Upon his resumption of office, the Chief Medical Director advised staff of the hospital to desist from creating bad blood that may truncate the growth of the hospital.

He maintained that, although, some members of staff kicked against his reappointment, but stressed that no one has offended him with their actions.

The Surgeon noted that the growing opposition in the hospital was for the development of the hospital.

While urging aggrieved members of staff to refrain from setting traps that may jeopardize their future, he called on them to point out areas where the management might have erred rather than externalizing the affairs of the hospital.

Prof. Olomu however, thanked President Muhammadu Buhari and Minister of State for Health, Dr. Olorunnimbe Mamora for standing on the path of truth and Justice.

“Whatever we are doing, it is not for us, but our unborn generations. I am already a Professor, and I’m happy that, with what you have done today, you have shown the outside world that I catered for you. As far as your welfare is concerned, I promise you and I promise you more if I’m still here as the Medical Director, you will not lack anything.

“Only God is infallible. All I will plead with everybody is that whatever error we commit please come to us, direct our attention to it, we will rectify, it is not by trying to set traps, to imprison ourselves. Even the God that created us in the Holy Bible, he said to forgive us our sins as we forgive those who trespass against us.

“He weighs your good against your bad if your goods outweigh your bad, he considers you and the other way round. Try to assess us in the last four years we have come on board, try to weigh all the good things we have done and all the things you’re flying about, which one outweighs the other?

“That’s the way you should approach us, we did not say we’re perfect, but I can assure you as you’re here even after your retirement in whatever way the hospital can assist you we are ready to help you.

“As far as I am concerned, nobody has offended me. We are all partners in progress. And I want you to listen carefully, this opposition is for our growth. We need it, but they should not take it to a bad level. He who digs a pit should not dig deeper, in order not to entrap in it.

“Whatever anybody is doing, should not be in excess. Excess of everything is bad. So, we want our enemies to bring constructive criticisms. What you are doing is not for Musa-Olomu, it is for generation yet unborn. I will never for a second victimize anybody because of this bad enmity.

Ogun Commissioner Calls For Certification Of Journalism Profession In Nigeria

President Buhari extols Etsu Nupe Yahaya Abubakar at 69, Praises the reign of peace under him