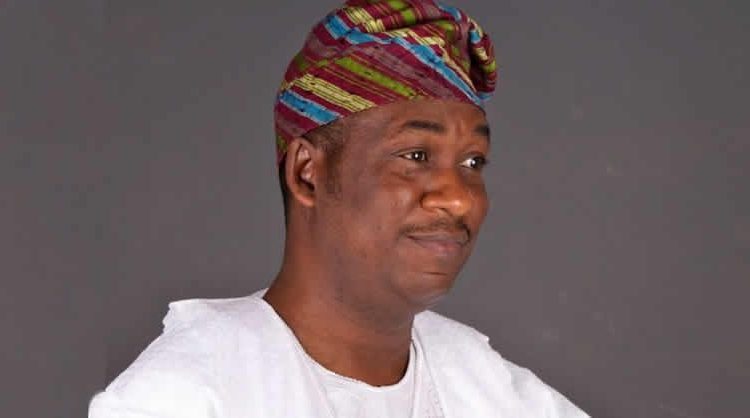 He made the statement while receiving the new World Bank Task Team Leader (TTL), Dr. Manievel Emmanuel Sene, outgoing TTL, Dr. Adetunji Oredipe and other World Bank and APPEALS officials, who paid him a courtesy call at his official residence in Ikoyi, during their familiarisation tour to Lagos.

Dr. Hamzat commended the World Bank and APPEALS Project teams at the national and state levels for working passionately to ensure that many Lagos residents benefit from the APPEALS project, which according to him has affected many lives positively in the state.

“APPEALS Project is a fantastic project and the lives of many people have been touched by the project. It has affected and impacted many lives in our state. I commend the National Project Coordinator and Lagos State Project Coordinator for their passion for the job. The World Bank team has also made things work and work well for our people.

“I am pleased with the APPEALS Project. It has touched lives of a lot of women, youths and People With Disabilities (PWDs). As we started with good momentum, let us finish well. Let us continue for our people to benefit more. Let us develop a template that can serve people better,” the deputy governor advised.

The Lagos State Deputy Governor, who commended the outgoing Task Team Leader, Dr. Oredipe for his passion for the work and wished him well in his new assignment in Liberia, assured the new TTL, Dr. Manievel of Lagos State Government’s supports.

Speaking earlier, Dr. Oredipe commended the Lagos State Government and Dr. Hamzat, who is the Chairman of the State Steering Committee on the Lagos APPEALS Project, for leadership and quick response to issues affecting the APPEALS project in the state.

He pleaded for continuous relationship and support of the Lagos State Government with the new TTL, who according to him is well experienced having worked in different parts of the world before he was posted to Nigeria.

Also speaking, Dr. Manievel assured Lagos State Deputy Governor that the World Bank would work with the APPEALS Project in Lagos State toward the success of the project in the state.

Dr. Manievel, who disclosed that the APPEALS project is on track in Lagos State, said he is very happy with the implementation and development of the project in Lagos and appreciated the State Government.

The National Project Coordinator of APPEALS, Alhaji Mohammed Sani Jobdi, also commended Lagos State Government’s support for the project. “We appreciate you for your continuous support. Lagos State is doing well from the reports we are receiving. We will continue to work with the state,” he said.

The new and outgoing World Bank Task Team Leaders also met with some Lagos APPEALS Project officials at the project’s State Coordinating Office in Lagos and brainstormed on how to improve on the six-year Work Bank-assisted project in conjunction with the Federal Government and six states in Nigeria, including Lagos State.

The new TTL while meeting with the project staff at the State Coordinating Office, congratulated the Lagos State APPEALS team and stated that he was enthusiastic about working with the vibrant team.

Field visits to APPEALS project implementation sites and meetings with project beneficiaries were also done during the three-day familiarisation tour by the World Bank and National Coordinating Office team to Lagos State.