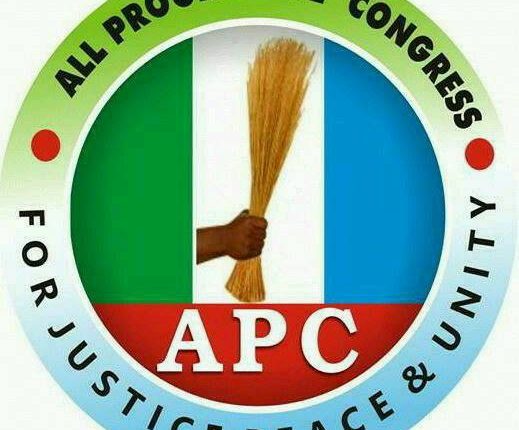 Asiwaja Tinubu who made this known during the APC presidential rally and Gubernatorial Campaign flag-off Abia State held in Umuahia Township stadium handed over the  gubernatorial party flag to chief Emenike Ikechi as the candidate of the party in Abia State as well as urged people to go to polls with their PVCs and vote for his party APC .

He  appealed to Chief Uche Ogah to please stop all court  actions and come for them to discuss the issue in his living room and not to stop involving a third party in the issue.

In his words,” Concerning Abia Gubernatorial candidate, whether they are in court or not in court, my position is that Emenike Ikechi is the candidate flying out party flag .

” I appeal to Chief Uche Ogah to please stop all court actions, come let us discuss that in my living room.”We follow the footsteps of our fathers and grand fathers and we are politicians, we put the party together.

” Chief Uche Ogah  my friend and person and member of our party,why are you taking it to third party who are politically neutral ? Please Uche come home and let us talk this matter over ”

He appealed to Abians to vote for him in presidential election in February, and all APC candidates for senator and the House of representatives and on 11th of March,2023 they should vote for Chief Emenike Ikechi for Governorship election, added that,” You owe me, you owe Nigeria three finger prints, one is president, second senator, third one is House of representatives, if you finish voting just go and pray,do not announce any result on your own”

He  expressed appreciation to Abia people for turning out en masse to welcome him said their turn out will serve as encouragement and has made him extremely happy.Earlier in his speech, the APC Governorship candidate,Abia State,chief Ikechi Emenike said the APC presidential candidate is welcomed by the people of Abia , said Abia State is APC and waiting for the day for it to be announced by the glory of God.

He pointed out that as the Abia APC gubernatorial candidate,he is the father to all and assured that although some members have strayed,that he is going to call them to order,added that what unit them is much more than what will divide them ,maintaining that,” We are one APC family”

He said Abians should go home and win the election, said,” let me tell you something,they have resolved to stop us from victory but I want to tell you that we must work for power because power is not served

Also,The All Progressives Congress presidential candidate, Asiwaju Bola Tinubu and the Governor of Imo State, Sen. Hope Uzodimma have urged the leadership of the APC in Abia State to close ranks, come together so as to win all the elections in the State next month and in March.

Both spoke in their different remarks during the presidential and governorship campaign flag-off rally that held Tuesday in Umuahia Township Stadium, the Abia State capital.

Amid large turn out of Party faithful, Tinubu and Uzodimma reasoned that the only thing that could hinder the APC from winning all the elections next month and in March is if the leaders work at cross purposes.

The National Chairman represented by the  Deputy National Chairman, South, Chief Emma Enukwu urged the people of Abia not to make the mistakes of the past, but should ensure they vote APC in all the positions.

Other speakers – the Abia APC Chairman, the APC National Woman leader, Dr. Beta Edu, House Representatives member, Hon Nkiruka Onyejiocha – all promised Tinubu that the votes of the Abia people  will be for the APC.