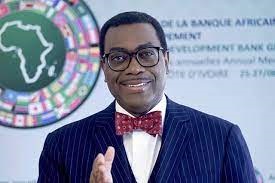 The President of the AfDB, Dr. Akinwumi Adesina said this at the inauguration of the Special Agro-Industrial Processing Zones in Abuja.

“I would like to thank the Japanese International Development Agency (JICA) for co-financing this with an additional 110 million dollars.

“That means we collectively made available 244 million dollars for emergency food production in Nigeria.’’

The AfDB president also said there was a need for greater action, responsiveness, and delivery to avert a food crisis in the country.

He said more needed to be done to fully unlock the potential of Nigeria’s agriculture, and promote and support the agribusiness sector.

“Agriculture is critical for the survival of any nation. The most important role of any nation is to feed its people. Food is a fundamental human right.

“Transforming agriculture must start with recognising that agriculture is a business, a wealth-creating sector, not just a way of life.

“That is why the African Development Bank has inaugurated the development of Special Agro-Industrial Processing Zones (SAPZs).’’

Adesina said the SAZPs were new economic zones located in rural areas which were to be fully supported by infrastructure.

The AfDB president said the bank was providing 210 million dollars for the development of the SAPZs in the country.

He also said the funds provided would allow food and agribusiness companies to be located within such zones.

“This will put them close to farmers in production catchment areas, provide market off takes for farmers, support processing and value addition, reduce food losses, and allow the emergence of highly competitive food and agricultural value chains.’’

Meanwhile, he said that he knew Nigeria needed to diversify its economy by turning agriculture into a wealth-creating sector with highly competitive agricultural value chains.

“Seven years after my being Minister of Agriculture of Nigeria, the dream to establish these SAPZs continued.

“I continued to push for the establishment of the SAPZs when I was elected president of the African Development Bank in 2015.

“Today, the African Development Bank is investing more than one billion dollars in SAPZs in 18 African countries.

“Seven years was a long wait, but today, I am delighted that the Special Agro-Industrial Processing Zones (SAPZs) have finally become a reality in Nigeria.’’

Adesina said the SAPZs would transform the food and agriculture sector.

He also said the zones would attract private agribusinesses to be located in infrastructure-enabled rural areas, and create massive amounts of jobs across agricultural value chains.

The AfDB president said they would reduce rural-to-urban migration, expand the fiscal space, and enhance the emergence of competitive agricultural value chains.

“Most importantly, the SAPZs will help to transform rural economies of Nigeria to zones of economic prosperity, boosting wealth and livelihoods,’’ he said

According to Adesina, the SAPZs are being developed closely with the state governments.

He said the AfDB would work with all development partners to scale up the SAPZs across the country.

“Together with our partners, we will work alongside the states and the Federal Government to help attract finance, support speedy implementation, and ensure that Nigeria unlocks its agricultural potential,’’ he said. (NAN)