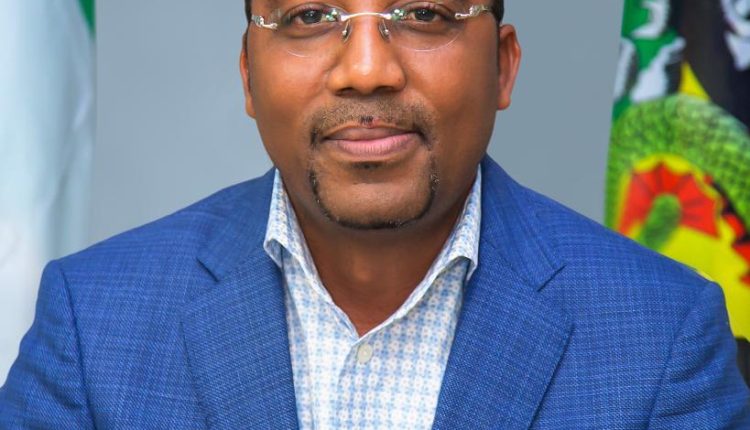 The Federal Government on Tuesday disclosed that vessels stealing Nigeria’s crude oil usually switch off identification device to avoid being detected by the authorities.

Managing Director of the Nigerian Ports Authority (NPA), Mohammed Koko, who made this known while briefing newsmen at the State House, Abuja, stressed that rogue vessels that are used to steal crude oil in the Niger Delta are turn off their Automation Identification System (AIS) to avoid detection in Nigerian territorial waters.

He explained that such ships evade arrest because they switch off their onboard automated tracking system that displays the vessel’s position and others in the vicinity.

His words: “The intelligence persons bringing in vessels to steal crude, one of the things they do is, they short down the AIS. This is what is needed in terms of transmission for you to even know, when the vessel comes in and the location they  go to. They come in legally but then they go by the left hand side to commit illegal activities after switching of their AIS”.

Koko said the NPA is now in the process of procuring Vessel Traffic Services (VTS) to enable it to identify, locate and monitor all vessels in the nation’s waters.

According to him, the agency has been trying to acquire the VTS for about 10 years now and has just identified a certified consultant, while also working with the Nigeria Liquefied and Natural Gas (NLNG) Company to help with critical detection.

He assured that the technology will be procured before the end of the administration of President Muhammadu Buhari.

Managing Director of NPA, Mohammed Koko, disclosed on Tuesday at the Presidential Villa, Abuja, while featuring in the 55th session of State House Briefing organised by the Presidential Communications Team.

Koko said that such certification would make ports operations more efficient, adding that efforts were underway to ensure that other ports were certified

The NPA boss said that the authority had come up with strategic initiatives–first of which was aggressive ports infrastructure renewal and modernisation.

“And of course, there would be government funding for that; private sector funding is also being considered; or a hybrid—in such a way that government brings some of the funds and then private sector or multi-lateral agencies bring some.

“And then, we realise the need for automation; automation brings efficiency; it reduces cost; it plugs the leakages.

“It is one the things we are working on and we are working with multi-lateral international donor agencies, the private sector; also hybrid funding will be used for that.’’

He said that ISO certification meant that the ports would be more competitive.

“We decided to start ISO certification for our ports and I am happy to announce that the habours departments of two of our ports have been ISO certified; that is Onne Port and Calabar Port.

“We believe in the certification of these port operations, our main core function is in the maritime and habours department; so, if we are able to get ISO certification for that, it makes our ports more competitive, processes easier and be more transparent.’’

Koko said that the authority also came up with up with an initiative of export promotion in order to support the Federal Government’s initiative on diversification of the economy and encourage exports.

He said that all terminal operators were mandated to have warehouses for sorting out and processing of exports.

The managing director said that private sector was also brought in to be involved in export processing.

“And in terms of muti-modalism, formerly over 95 per cent of all cargo was being moved by road; and that’s not efficient; it is expensive; the road can’t carry it.

“And we have worked with Nigerian Railway Corporation under the directive of the Federal Ministry of Transportation to see that the train services are deployed to the ports but we also came up the barge services,’’ he said

Its Chief Executive Officer, Engr. Gbenga Komolafe stated this at a briefing marking the NURPC first anniversary in Abuja.

“So, our projection is we could actually come back to hit over 2million barrels a day as a nation. That is meeting and surpassing our OPEC quota.

“We feel that is possible and we are quite committed to that as a commission,” he said.

He noted that one of the measures to raise production is to reopen and produce 500,000mb/d from presently shut-in-wells.

He also noted that the nation would be harvesting about 400,000mb/d from the re-streaming of Forcados terminal.

The NURPC boss added that what the country has been losing to crude oil theft on daily basis is about 80,000mb to 100,000mb.

He stated that criminal activities have depressed Nigeria crude oil production to about 1.1mb/d.

Komolafe said his engagements with the Nigerian National Petroleum Company Limited (NNPCL) and operators of the shut-in-wells have been positive and reassuring that the commission can harness the above measures to beef up the country crude oil production to surpass the OPEC quota.

He explained that the wells were shut-in to reduce production beneficial to criminals.

In another development, Following fuel scarcity that has resurfaced in many cities, the Independent Petroleum Marketers Association of Nigeria (IPMAN), Western Zone, has attributed the increase in the pump price of Premium Motor Spirit to the hike in private depot prices.

IPMAN Chairman in the Western Wone, Alhaji Dele Tajudeen, disclosed this an interview with newsmen Tuesday in Lagos.

Tajudeen, while condemning the increase, said that there had been increase in depot price of fuel from N148.17 per litre to N178 per litre since last week.

According to him, none of the Nigerian National Petroleum Company Ltd. (NNPC) depots has product and the private depots took advantage of the situation  to hike the price.

“The only option for our members is to opted for private depots to keep our business moving.

“We are totally against the increase because it will affect our profit margins and the masses.

“Some private depots who have product, deliberately, refused to sell for reasons best known them,” he said.

The IPMAN chairman said that the marketers should not be blamed for the increase in pump price, adding that “selling at N170 per litre is not realistic”.

Tajudeen said, “Therefore, our members have no other option than to sell between N195 and N200 per litre within Lagos, Ogun and Oyo states, while we will sell between N200 and N210 in Kwara, Ondo, Osun and Ekiti states.

“Most of the tank farm owners have justified this increase because of different charges, among which is  vessels charges paid in dollars.

“We are equally calling on the management of the Nigerian National Petroleum Company Ltd. (NNPC) and the Nigerian Midstream and Downstream Petroleum Regulatory Authority (NMDPRA) to investigate the arbitrary increase in fuel price by the private depot owners.

However, a top official of the Depot and Petroleum Marketers Association of Nigeria (DAPMAN), who preferred to be anonymous, said that the scarcity was as a result of shortfall in product allocation from the NNPC.

The source alleged that DAPPMA had some many performance invoices with the Petroleum Products Marketing Company (PPMC) which were still awaiting cargoes to get supplied.

According to the source, a large portion of product allocation was given to the Major Oil Marketers Association of Nigeria (MOMAN) because it is believed that they have large reach of retail outlets.

“We have some many invoices before NNPC that have not been allocated.

“Ex-depot price has been between N162 and N163 per litre for marketers within Lagos and its environs, while between N164 and 165 for marketers outside Lagos like Calabar, Port Harcourt, Owerri and so on.

“Some foreign vessels that came into the country refused to discharge, due to financial challenges.

“The shortfall in product can best be explained by NNPC and its agencies,” he said.

The Nigerian Midstream and Downstream Petroleum Regulatory Authority (NMDPRA) has appealed to Nigerians not to engage in panic buying of petrol, saying it has enough in stock.

Mr Farouk Ahmed, the Chief Executive Officer, NMDPRA confirmed this to the News Agency of Nigeria (NAN) in Lagos on Tuesday.

Ahmed said he had checked with the Major Oil Marketers Association of Nigeria (MOMAN) and Nigeria National Petroleum Company Ltd. (NNPC) on the level of fuel stock and confirmed that they had sufficient stock.

“l spoke with the MOMAN’S Executive Secretary this morning and he told me they have sufficient stock.

“I have directed them to start evacuating the product immediately to filling stations.

“NNPC has also confirmed sufficiency and they have commenced evacuation.

“From now till tomorrow the situation will be back to normal.

“I don’t know what is happening but we are on top of the situation,” he said.

Ahmed assured that there was enough fuel and, therefore, appealed to members of the public to avoid panic buying as all efforts were being made to resolve shortage in some filling stations in Lagos and its environs.

The National Operations Controller of the Independent Petroleum Marketers Association of Nigeria (IPMAN), Mr Mike Osatuyi, attributed the scarcity to unsteady supply in the past few days.

Osatuyi told NAN that as a result of the unsteady supply, depots prices had risen from N165 to N177 and N178 per litre in Apapa and its environs.

“The marketers will only sell what they buy. If the price of petrol increases, we add our transportation cost and other charges to the selling price,” he said.

He appealed to NNPC and NMDPRA to supply enough petrol across the country to ease scarcity.

NAN correspondent reports that queues are beginning to build in some filling stations in Maryland, Onipan, Ikoyi and Victoria Island. (NAN)