When the Media, Publishers, Political Class and the Academia  celebrated Hon  Uche Anioke 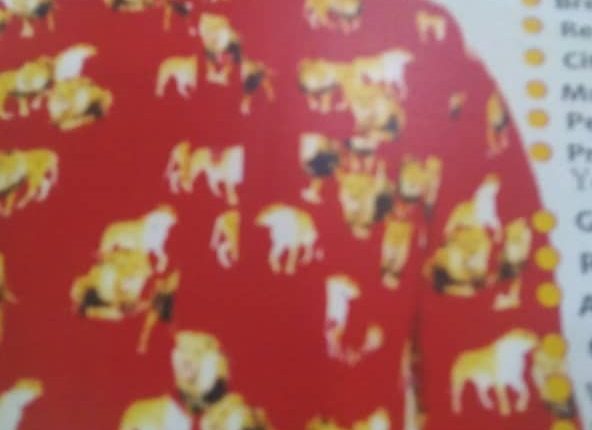 It was really an uncommon event when the czars of the nation’s publishing industry came together with leaders and members of the political class alongside the eggheads from the ivory towers in a setting mediated  and hosted by media greats and media friends of a who belonged and belongs   eminently to all above quartet. And they came and converged in their numbers on the upbeat Villa Tuscana hotel venue of the epoch making event of the reception of Hon Uchenna Cyril Anioke.

All the guests and friends were gathered not just to celebrate him as a person but in a special way to celebrate his numerous achievements in the publishing and book subsector. Prof Ezeilo while welcoming all guests which was after Prof Chris Ngwu on the prompting of Kevin Ejiofor had performed the Igbo kolanut formalities a poured encomiums on the celebrant who had risen through the hurdles and had made impacts wherever he found himself.

Describing Hon Anioke as  a pacesetter, a quintessential family man and father of six, who had seamlessly accomplished himself between professionalism and politics. She averred that Anioke is a colossus and   celebrity of sorts imbued with enormous capacity to perform as a key actor in governance and policy maker as well as a media guru who anchor quality public affairs programmes on the radio and on social media such as the high rolling “Freedom Square” on Solid FM Enugu among others.              .                Prof Ezeilo submitted that the celebrant who has reached the apogee in the publishing subsector had by his superlative performances etched in his name in other areas of endeavour that he  was engaged even as he lauded him for his gender sensitivity and all inclusive system describing as “a whole man,   a trail blazer and an activist” ,and welcomed more effusively friends, guests, colleagues and the media friends of the celebrant   for their presence.

As  Prof Ezeilo was regaining her seat amid a thunderous applause, the Special Guest ,Sen Ike Ekweremadu was ushered in along with a horde of associates and followers.

His entry changed and charged the feeling and atmosphere within the venue,creating seating adjustments as the hall was filled to overflowing capacity.  Ekweremadu a sitting    senator representing Enugu West is mooted to eyeing the Enugu top seat come 2023, had reportedly risen from events marking his wife’s jubilee celebration hence his late arrival at this event.

On his entourage were members representing Awgu,Oji River and Aninri,and Udi/Ezeagu   federal constituencies in the National Assembly,Hons Toby Okechukwu and Dennis Amadi respectively.The duo each spoke in commendation of Hon Anioke for winning the presidency of the publishing association and each challenged him to live up to the billing for according to them,they had supported him because they knew he would do them and Enugu state proud.Sen Ekweremadu spoke in the same vein expressing the hope he would garner his wealth experience to take the association to the next level stressing that he has no other choice than to succeed because he said”we know you cannot disappoint us,you will not disappoint us.”.

Then they were other messages of felicitation and support from colleagues and friends,the hosts,Media friends of Hon Uchenna Cyril Anioke” in appreciation of his attainment of the lofty position of National President of Nigerian Publishers Association of Nigeria,NPAN, presented him with a plaque  through Prof    Ezeilo,just after Dr Mrs Pat Ndu had presented  an incisive citation of the celebrant.

On the citation,Dr Mrs Ndu in her words said; “For me, three words describe Chief (Hon) Cyril ” Anioke a.k.a Omelora; they are Loyalty, Contentment and Honesty. He keeps it real. He proudly calls himself the son of a reputable Palm Wine Tapper in Amoli community in Awgu LGA of Enugu state.

He smashed every glass ceiling and cage on his way to join and beat silver spoon kids in their turf. He missed going to school without shoes by a hair’s breadth. It took hard work and determination to get through his primary education in his village and make it to a city college. His first contact with civilization was St Patrick’s College Emene where he wrote his WASC. He took a gap year after school certificate to serve as an Auxiliary Teacher in Saint Vincent Secondary School, Agbogugu in Awgu LGA as he prepared to write JAMB. Next level for him was University of Nigeria Nsukka for his Bachelors and Masters in Mass Communication. He is currently a doctoral candidate in the same department in Enugu State University of Technology (ESUT)”.

According to her, “His current assignment did not just happen given his antecedents.”,pointing out that  he has authored 3 books: Phonics, The Missing Flute and Moonlight Story of Nigeria. “Anioke”, she disclosed “has equally  published one journal article and 23 academic papers to his name and had cut his teeth in the printing and publishing world as Field Editor at Ilesanmi Printing Press Ltd., Ibadan, Oyo State and had risen to the rank of Editorial Manager and Chief Editor.”

Thinking home with his garnered experience, Uche had  joined  the Enugu based Fourth Dimension Ltd as Editor thereafter and left after a year to become Founding Managing Editor of Cooperative Publishers in the old Anambra state.                   To his entrepreneurial credit, he currently has two private driven enterprises Acena Ventures Ltd and Pens and Voices Ltd where he is Publisher and  Chief Executive Officer through which he mentors young people in poetry and creative writing.

Hon Anioke  had early in life started testing the waters of service and politics as a student parliamentarian and activist in University of Nigeria. He started out in the House of Representatives where he became Deputy Speaker and bowed out with an  accolade as Distinguished Elder Statesman . He later upgraded to the Students Union Senate and served as Adviser to the Senate President of the university.

Omelora  as he is amiably called by many who has tasted his milk of human kindness, was a foundation member and founding Publicity Secretary of PDP in Enugu state. He was the  delegate for his constituency at PDP National Convention at that time, Chairman of Publicity Sub Committee for inauguration of Dr Chimaroke Nnamani as civilian governor of Enugu state.Anioke served as  the Deputy National Publicity Secretary Ohaneze Ndigbo under the leadership of Prof Joe Irukwu and late Col Joe Achuzia Rtd.

In his quest for service to the nation, he served under two regimes in the state,those  of Chimaroke Nnamani and  Sullivan Chime. He began his career as Managing Director Enugu Housing Development Corporation of which the Golf,Otigba and Ebeano Estates were eloquent testimonies of his sterling  legacy in service. He was also the  Managing Director and CEO of Enugu State Printing and Publishing Corporation; Publishers of Star Group of Newspapers, Enugu state and later Honourable Commissioner for Youths and Sports,later Special Adviser to the Governor on Special duties before becoming the Hon Commissioner for Human Development and Poverty Reduction.

Still intent on serving his people more,he contested and won the mayoral position and served two terms as Executive Chairman of Awgu LGA ,and by so doing he  printed his name on the sands of time by delivering numerous  quality services and projects.The hall he built in Awgu has stood the test of time and continued to serve the accommodation and other social needs of the people of the area. Consequently, he was ranked among the best Mayors in that epoch.

he has continued to render service in his sphere of influence. Intent on giving back to the society as his contrbution to nation building and a better society, he operates as an executive host of several programmes on radio and online counting Freedom Square, Freedom Square Extra, Dispute Resolution Arena, The Eagle, Houses and Homes with more downloading.

A man of many parts and a peace builder,Hon Uche  Anioke is a foremost Mediator and Conciliator and a part of the Panel of Neutrals at the Enugu State Multi Door Court House.

He is a Fellow and member of Faculty of ICMC where he has held various positions including  Immediate Past Chairman ICMC Enugu state chapter and current National Vice President (Communications and Strategy). He is a visiting lecturer at Institute of Peace, Conflict and Development Studies Enugu State University of Technology.

Dr  Ndu averred that “I can allude successful to his list of accolades in this department because he has raised successful children. All the six kids are defending their classifications at various levels with the lead in the Pack as an alumnus of Massachusetts Institute of Technology, MIT and the last in the team at Loyola Jesuits warming up for Harvard University in Boston,Massahusetts pretty soon. They made smart choices from the parental training availed to them.”.

She concluded on this note,” Many of us in this room are familiarity with a nursery rhyme by Jane and Ann Taylor; “Twinkle twinkle little star, How I wonder what you are, Up above the world so high, Like a diamond in the sky”. The rhyme metaphorically captures our man for the moment.”.

Responding, an overtly elated Hon Anioke poured out his heart to God in gratitude and expressed his appreciation to the hosts:his media friends as well as to all his colleagues in the publishing world and the people who supported and made his election a success despite several odds and hiccups he had encountered on the way.He especially his erstwhile political associates who supported him in no small measures towards achieving his goal,like Sen Ekweremadu,Hons Okechukwu and Amadi,even as he declared that he was done with politics and may not be returning back to the terrain.