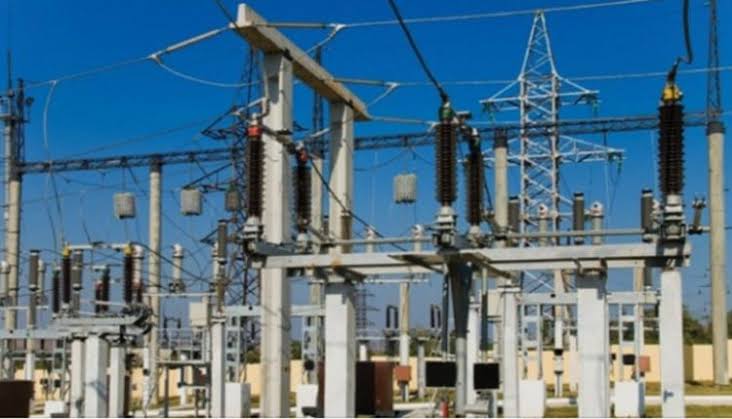 Unpatriotic actions of the vandals have worsened the power supply situation in the country, with incessant attacks on electricity transmission facilities belonging to the Niger Delta Power Holding Company Limited (NDPHC).

The recent attack, unfortunately, led to the death of one security officer (name withheld) who was caught unawares and killed on duty.

The Executive Director, of Corporate Services, (NDPHC), Mrs. Nkechi Mba, has decried the incessant vandalization of the transmission facilities, which she said is worsening power wheeling ability across the country.

Mba, however, sympathized with the family of the security officer who was killed in the recent attack, stressing that the company would do everything humanly possible to support the family of the deceased who died in active service to his fatherland.

“We will be relentless in hunting these vandals down, particularly those who assassinated the young man,” she stressed.

One of the vandalized transmission lines.

According to her, “the necessity of re-enforcing the message of communal ownership of critical infrastructure cannot be over-emphasized. The infrastructure that governments develop is done with taxpayers’ money and is therefore owned by the people.”

MBA, in a statement issued by Special Adviser on Media to NDPHC Managing Director/CEO Adesanya Adejokun, appealed to members of the public to regard “public infrastructure as our commonwealth and strive to jointly always protect it.”

She expressed gratitude to law enforcement agents for their continuous support in trying to engage and deter economic criminals who vandalize NDPHC assets, saying the company “will ensure that the culprits are brought to face the full wrath of the law.

According to the statement, six transmission towers were vandalized within three months while a security officer or vigilante was killed in Rivers State.

“On September 3, 2022, some miscreants attacked and vandalized the 330kV DC Afam – Onne Transmission Line in the Gbake community of Ogoniland, River State. The vandals cut down four Transmission Towers (T19, T20, T21 and T22), dismantled and carted them away.

“Again, on October 10, 2022, the vandals attacked and vandalized two additional towers on the same 330kV DC Afam – Onne Transmission Line. During a third attempt luck, however, ran out on them as efforts of vigilante members, buoyed by security operatives paid off, resulting in the arrest of nine of the miscreants. They have since been charged to court to face the full wrath of the law.”

According to the statement, during a routine patrol in the night of November 25, 2022, vigilantes again encountered vandals along the same Afam-Onne 330kV DC Transmission Line. The vigilantes called for military reinforcement but before help came, one of the guards was shot and later died.

“Incidentally, this line is the one connecting Afam to Onne in Port Harcourt and it is the first 330kV Double Circuit (DC)  Transmission supply line to the capital of Rivers State,” it stated.

The statement said the persistent attacks on the lines have caused substantial damage to the transmission line project and it will take huge sums of money to effect needed reconstruction and repairs in addition to resultant delays on delivery time.