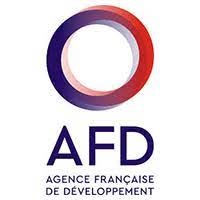 The AFD $70 million fund was meant to be jointly disbursed by Access Bank Plc and United Bank for Africa (UBA).

He said, “Access bank is one of the disbursing banks and we are looking forward to reviewing and accessing projects that meets eligibility and also the risk criteria.

“The total size of the fund is 70 million U.S dollars and has been shared between Access Bank and UBA and we are looking for eligible projects to disburse this fund to.

“We know that a lot of the SUNREF project is power and renewable projects and we know how critical infrastructure is to Nigeria and the federal government cannot do it alone. The private sector is key and we also know that bridging this gap would involve private sector and development finance institutions.

“This is why this is very critical and we hope that the fund would bridge a whole lot of the nation’s infrastructure gap,” he said.

He said that the event was to bring together some investors, manufacturers and captains of industry to have a conversation to address issues in the renewable energy sector as regards financing and policies.

He, however, pointed out that the sector had become a more important subject matter, hence the involvement of banks in the matter.

“The 70 million U.S dollars is largely not enough but a start because what Nigeria needs is in billions because over 80 million people in Nigeria are completely unelectrified while the remaining 100 million is somewhat electrified.

“The investment needed is enormous and $70 million does not even begin to cover it, but it does help start things.

“This fund we are bringing in will be longer terms with minimum of five years and these are concessional lending rates which would help to finance these projects.

“It’s difficult approximating the exact amount the country needs by the renewable sector to bridge the nation’s energy gap but I can say that Nigeria needs another 14GW of energy, an investment of about $10 billion in total.

“$70 million is a drop in the ocean, but it is an important drop because it will help move this sector to get the appropriate finance,” he said.

He reaffirmed the need for economic managers to prioritise substantial investment into the implementation of the renewable energy solutions and energy efficiency measures.

“The rapid population growth and increase in industrial activities has led to a significant increase in energy consumption resulting to increase in environmental pollution and economic difficulties.

“Renewable energy provides access to alternative sources of energy that are more sustainable and reduce dependence on fossil fuels,” he said.

Ahmed, welcoming the initiative, said it would reduce the cost of doing business in the country and urged manufacturers to take advantage of the funding facility.