‘Insecurity Has Cost Nigeria $7bn In Revenue This Year’ – NLNG 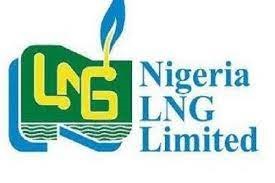 Ruminating  about the security challenge facing oil and gas companies in the country The General Manager, Production of the Nigeria Liquefied Natural Gas (NLNG) Limited, Adeleye Falade, has lamented that the firm has lost almost $7 billion revenue this year due to gas supply constraint and insecurity.

Falade said that the loss is as a result of the increasing vandalism and theft in oil and gas companies across the country which its negative impacts left the firm in its current state of revenue loss.

Falade made this known  in Lagos while speaking during a panel session at the just concluded  45th Nigeria International Conference and Exhibition (NAICE) 2022, with the theme, “Global Transition to Renewable and Sustainable Energy and the Future of Oil and Gas in Africa.”

According to him, the current data between the 99.4% availability and the 68% utilization which was equivalent to $7 billion revenue was part of the effect of the critical oil and gas pipelines that were shut down due to insecurity at the facilities.

He further lamented that the unavailability of important gas pipelines like the Abuja-Kaduna-Kano (AKK) Pipeline and the lack of gas pipelines in the eastern corridor for distribution impacted negatively on their production.

“I’ve spoken eloquently about the AKK Pipeline. In the eastern corridor, we also don’t have enough pipeline distribution pipeline. But the ones that we have, what has happened to them? Today, Trans-Niger Pipeline, which is the main artery in the eastern region, had been down since March. We don’t know when it’s going to come back.

“As a result of that, I don’t have gas in the LNG to run my plants. Currently trending 99.4 per cent year-to-date availability, my utilization is moving around 68 per cent.

“The data between that 68 per cent and the 99.4 percent is equivalent to almost $7 billion revenue today, which would have found its way into our economy, which would have helped our government in a cash-constrained world. And I’m not talking about the impact of upstream.

“So what is the guarantee around the security of even the pipeline that we have? And everybody has a role to play in that: government, security agencies, have a role to play,” Falade said.

He also noted that based on the work done by the Decade of Gas policy, there was a clear three billion cubic feet (3BCF) gap between gas demand and supply, stressing that this has raised doubts about bridging the gap due to lack of infrastructure and investment.

President consents to acquisition of Exxon Mobil shares by…