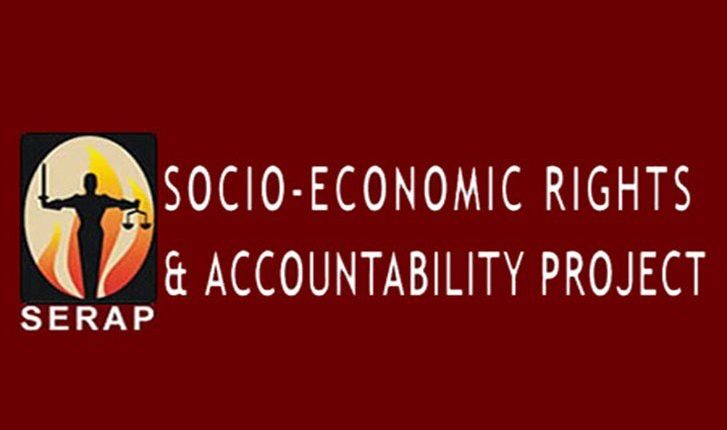 Socio-Economic Rights and Accountability Project (SERAP) has sent an open letter to presidential candidates ahead of the February 2023 presidential election, urging them to “urgently publish details of your assets and liabilities, and to publicly commit to rejecting vote buying and electoral bribery before and during the elections.”

SERAP said: “While there is no constitutional requirement for presidential candidates to publish their assets and liabilities before elections, doing so would show that you can stand up for transparency in assets declaration by public officers if elected.”

In the open letter dated 11 June 2022 and signed by SERAP deputy director Kolawole Oluwadare, the organisation said: “The public office is a public trust. As such, the voters deserve to hear from presidential candidates regarding what they will do about issues of public interest, particularly with respect to integrity, selflessness, openness, accountability, human rights, and the rule of law if elected.”

SERAP said, “As you and your parties prepare for presidential election campaigns, we hope that you will seize the opportunity to show your commitment to addressing these fundamental issues of public interest by immediately publishing details of your assets and rejecting vote buying, intimidation and harassment.”

The letter, read in part, “Publicly committing to these issues will also show the voters that if elected you would act solely to protect the public interest; and avoid placing yourself under any obligation to people or organisations that might try inappropriately to influence you in the discharge of your constitutional duties.”

“It would also show that you would be accountable to the public for your actions and submit yourself to the scrutiny necessary to ensure this.”

“Your public commitment to these issues will also demonstrate to the voters that if elected you would act and take decisions in an open and transparent manner, and that you would not withhold information from the public unless there are clear and lawful reasons for so doing.”

“Now is the time to show the voters that it will be no business as usual, and to make a public commitment on issues that if addressed would strengthen Nigeria’s anti-corruption and human rights records, and improve access of Nigerians to public goods and services.”

“Widely publishing your assets before the elections would also show your principled stand on transparency and accountability in the management of the country’s resources.”

“Making asset declarations open would ensure that leaders do not abuse their powers for personal gain and allow civil society to hold leaders to account. If leaders are seen to live beyond their means, an asset declaration can be a starting point for investigations.”

“The practice of vote buying and electoral bribery by politicians have characterised elections in the country for many years, preventing political equality and fair electoral competition. Yet, no body politic worthy of being called a democracy entrusts the selection of leaders to a process of auction or barter.”

“Public officials rarely publish their asset declarations submitted to the Code of Conduct Bureau, contrary to the principles of transparency and accountability, and other international standards.”

“Impunity for corruption and grave human rights violations is widely prevalent in Nigeria, as perpetrators are rarely brought to justice. Successive governments, including the government of President Muhammadu Buhari have persistently failed to obey court orders and the rule of law, thereby eroding the citizens’ trust in the judiciary, and violating Nigeria’s international human rights obligations.”

“Successive governments and state governors have persistently failed to explain to Nigerians how they spend security votes meant to ensure the security and welfare of Nigerians. In fact, the misuse and embezzlement of public funds in the name of security votes is widely recognized as a major cause of the ongoing security challenges in several parts of the country.”

“Please let us know if you and your political party are willing to commit to some or all of the issues outlined in this letter.”

US, Dubai-bound drugs seized at Lagos airport as NDLEA arrests 39 in Abuja raids