I haven’t come across any such case in my 22-year neurosurgical career,’ surgeon says 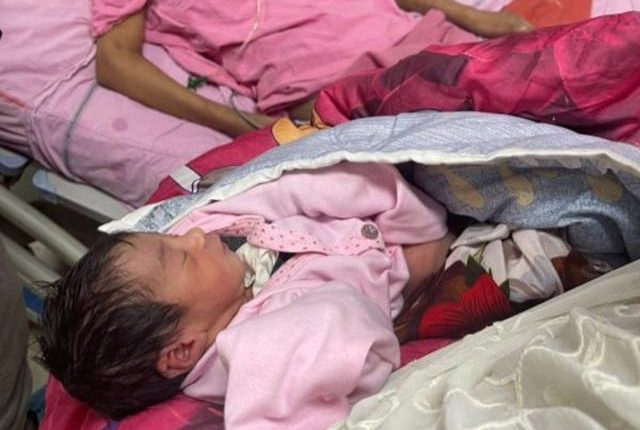 A woman who has been in a coma for seven months has given birth to a healthy baby girl.

The new mother, known as Shafiya, from the north Indian region of Uttar Pradesh, was seriously injured just 40 days into her pregnancy when she fell off a motorbike without a helmet.

Her burqa had reportedly become trapped in the vehicle’s rear wheel while riding on the back of the bike driven by her partner, causing it to crash and leaving her with considerable head injuries in March this year.

Shafiya has since undergone five different neurological surgeries at the All India Institute of Medical Sciences (AIIMS) hospital in Bulandshahr.

She even spent some time on a ventilator and had to have a segment of her skull removed to relieve pressure on her brain.

Doctors had been left with the difficult decision over whether to terminate her pregnancy due to her condition.

After an ultrasound showed the pregnancy to be normal, they ultimately recommended to her family that they continue with the pregnancy.

Despite having between just a 10 and 15 percent chance of leaving her coma, the 23-year-old was able to deliver a healthy baby girl on 22 October.

Now off a ventilator, she occasionally moves her head and legs – leaving hope that she might one day get to meet her daughter.

Surgeon Dr Deepak Gupta called the case “highly unusual”, adding: “I haven’t come across any such case in my 22-year neurosurgical career at the AIIMS.

“She is presently in stable condition and is not on ventilator support.

“There is a resistance to wearing a helmet while riding pillion, especially from the Muslim and Sikh community.

“Women, or anyone, who rides pillion on a two-wheeler, should wear helmets.”

The four new driving laws now in force across the UK