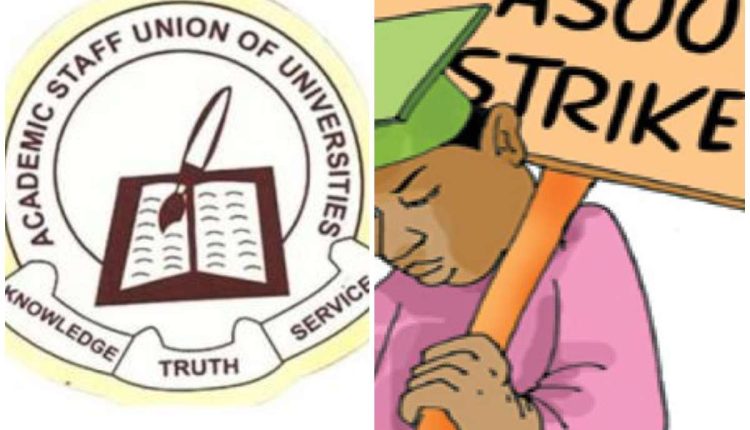 The students Wing of the Coalition of Northern Groups (CNG-SW) has fault the Federal Government’s litigation against the Academic Staff Union of Universities (ASUU) to force the reopening of the Nigerian public universities without arriving at lasting resolutions on the burning issues.

This has made the CNG-SW fault Federal Government use of legal process against ASUU, while addressing journalist in Abuja over the weekend, National Coordinator of CNG-SW, Emuseh Gimba Bokunga said that,

“Recalled that the CNG-SW has initiated number of efforts including reaching out to the Senate President and Speaker of House of Representatives on the lingering strike that shut public universities for more than Seven consecutive months.

Regrettably, public universities have assumed solitary status due to the sine die strike by Academic Staff Union of University, ASUU. On the 14th of February, 2022, university dons across the country down tools due to non-payment of financial entitlements, imposition of Integrated Payroll and Personnel Information System (IPPIS), inadequate funding of universities among other demands.

Emuseh continued that, the CNG-SW is worried that the Federal Government could not genuinely engage the university teachers after months of strike only to resort to using legal instrument to stifle their legitimate demands and force them to classes without addressing key issues in their demands.

“It is on record that the Speaker of the House of Representatives, Rt. Hon. Femi Gbajabiamila has intervened and discussion is ongoing between the FG and National leadership of ASUU to find common ground to reopen the ivory towers, she noted.

Bokunga said that, President Mohammadu Buhari should engage ASUU leadership himself to resolve this problem within the shortest possible time just like what Goodluck Jonathan did around 2014 when there was similar situation in the country.

“The CNG-SW condemns insensitive pasture and arrogant display of graduation of President Buhari’s daughter in law by the First Lady, Aisha Buhari from a foreign university while Nigerian universities have remained under lock and key.

She added that, CNG-SW is call on the Federal Government to hasten withdrawal of the litigatious process to allow for a quick intervention by the Speaker House of Representatives to handle the problem genuinely, quickly and finally.

The CNG-SW, therefore, called on the stakeholders particularly the President, Former Presidents, Heads of State, Chief Justices and Traditional leaders to speedily engage with the leadership of ASUU to resolve this impasses to reopen our institutions of learning, she said.

The ruling delivered by Justice Hamman at National Industrial Court on Wednesday ordered the Academic Staff Union of Universities (ASUU) to call off its ongoing nationwide strike, pending the determination of a suit filed by the Federal Government.