Wike has become a role model for exemplary leadership – Nsirim 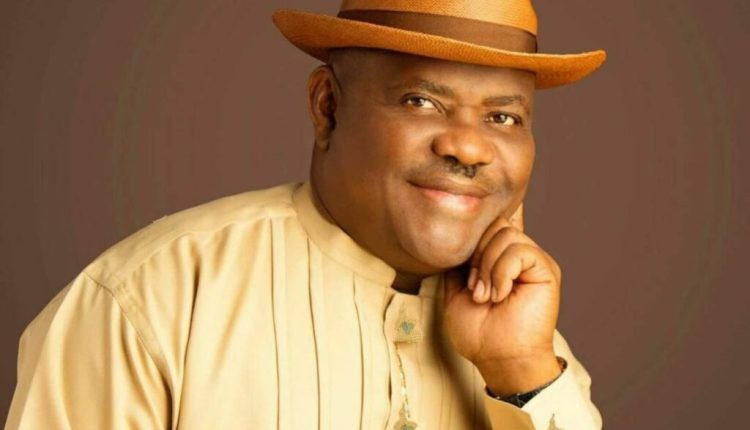 0 28
Share
Rivers State Governor Nyesom Ezenwo Wike has become the role model for leadership in Nigeria, the State Commissioner for Information and Communications, Pastor Paulinus Nsirim has said.
Nsirim stated this when the leadership of Imo State based Samsuji Global Rescue (SAGRE) Foundation presented an award to him in Port Harcourt, on  (16/11/21).
The Commissioner who dedicated the award to God and the governor said Governor Wike has by the clear vision to leave a legacy for posterity, distinguished himself amongst his fellow governors under the current democratic dispensation.
“We are proud to have Governor Wike at the helm of affairs now in this State because the kind of robust leadership and dynamism he has brought to governance here is unprecedented.
“Infact Governor Wike has become the role model for leadership in Nigeria under this dispensation because he has demonstrated quite clearly that he has a vision to leave a legacy for posterity. And that is why we see the kind of infrastructural revolution that has taken place here” he said.
He emphasised that Rivers State has entered a golden era in infrastructure, health, education, Sports development, and the care for the less privileged.
“In this State today, you have  the best modern rehabilitation centre in Nigeria where those who are drug addicts, those who are less privileged can stay and be comfortable with all facilities made available.
“So this award for transformational mentorship  and leadership is attributed to Governor Wike because that is what he is teaching us here.
“He is a transformational leader and when you have a transformational leader, off course you will get transformational awards. This is an endorsement of Governor Wike’s leadership style not me.
“If people from Imo State will recognise us it means  that what Governor Wike is doing is appreciated across the country,” he said.
He noted that the Governor had won several awards for dynamic leadership and good governance including a letter presented to him recently by the management of DAAR Communications nominating him for an upcoming award as the Man of the Year 2021.
Presenting the award, the President of SAGRE, Dr. Sam Osuji said the award was in recognition of the Commissioner’s efforts in driving behavioural change through authentic communication.
He said the organisation registered in 2013 had taken pains to select the choice of awardees drawn from  Africa in areas of  health and medical missions, community and youth development, and leadership and governance.