VPA, A place where Miracle happens without delay 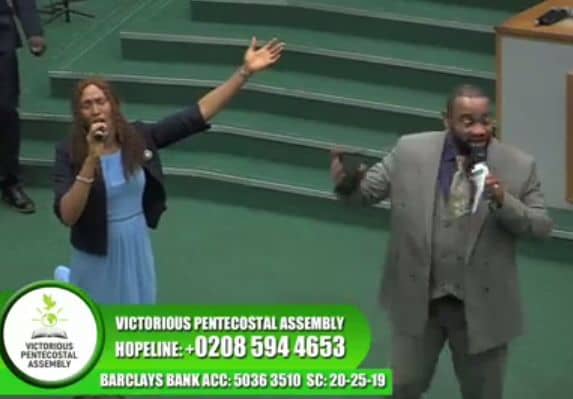 She came into the country (UK) as a student with 3 children. She did her College, Degree and Masters Degree. As she was rounding up her Master’s degree, the management had changed the rules and laws saying ” If you finish, go back to your country”. So I was asked to go back to Nigeria with my 3 kids. I applied to stay, they refused but I was told that I have the right to appeal.

Then I was given a day to go to court. The day I was to appear in the court, I went to meet pastor for prayers. Fortunate for me, I met him outside his office, he was on his way traveling for a missionary work in Israel. I gave him the letter, he lifted it up and said to me ” Go and come back with testimony”, so I left with my lawyer to the court. 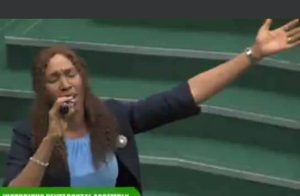 As we are in the court with my lawyer, somebody came to us and told us that the judge incharge is a very wicked and inconsiderate judge.

While we are still waiting there, somebody else came and said that they just moved the judge, so my lawyer asked who the new judge is. And the person replied that the new judge is a good judge.

While we were still waiting anxiously, they came again and told us that the Home Office Lawyer did not show up that he called that he will not come in. And at that moment there was nobody available to replace the Home Office Lawyer, so the meeting was just me, my lawyer and the good judge. And all the judge was hearing was ” why they should give it to me, why they should give it to me” repeatedly.

And he turned and looked at me after seeing the letter from the church as the signatory, he asked ” Do you go to this Church with your children”? I said “yes”. They asked me if I was a graduate, I said “yes”. That was the only two questions asked. And they said I will hear from them in 3 weeks and I heard from them same 3 weeks. It was a positive replied and a good response.

The God of VPA answered my prayers and granted me divine favor. Today, I am having my 5 British Passport available, for me, my 3 children and my husband in Nigeria.

She was committed and devoted her time and talent to GOD by singing in the choir and what she could never have dreamed of came to pass… her whole family becoming British Citizens.

The General Overseer of the ministry, Victorious Pentecostal Assembly (VPA) Pastor Alex Omokudu was elated, thanking God on behalf of the testimony. God uses him to perform all kinds of miracles.

National Exhibition: Conduct your affairs with fear of…