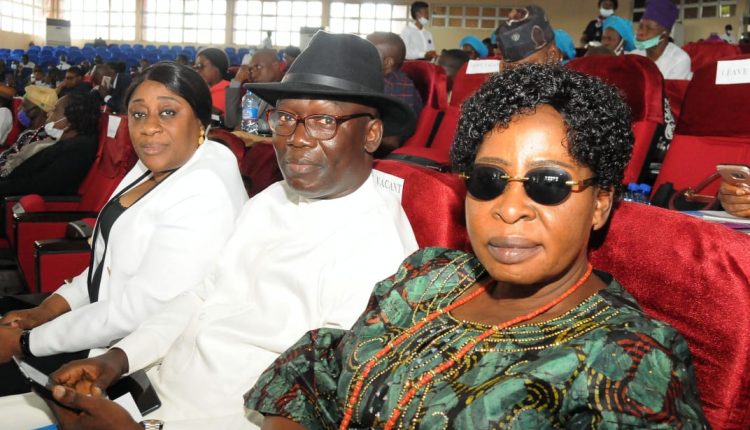 The fate of any University is depending mostly on its reputation in the minds of the general public through various information channels.

This was the submission of the Founding Editor of Tell Magazine and Chairman, Gaskia Media Limited,Chief Dare Babarinsa.

He was speaking at the Federal University of Technology Akure (FUTA) as the guest lecturer at the 11th  Registry annual lecture; Titled Information management and effective governance of tertiary institutions”

Babarinsa said University can only acquire reputation by working seriously on the quality of information it transmits to the members of the public.

According to him, it is by building a reputation for honesty and openness that the University community would continue to maintain its good standing with its host community in Nigeria and the world at large.

The frontline journalist hailed FUTA for being able to manage its reputation with consummate skill and excellent results since inception.

Babarinsa said that FUTA has given Akure the Ondo state capital a good reputation but reminded the University that the challenge of the future is to stay on the straight and narrow path it has been noted for since inception.

He, however, deplored the annual festival of strikes and industrial disputes in many Universities, stressing that it had led to serious disruption in the lives of students and the expectations of Parents.

Babarinsa noted that in such a situation, many students may end up spending eight years for a four-year course.

The seasoned journalist thanked the University authority for the honour done him to be the guest speaker at the epoch-making event.