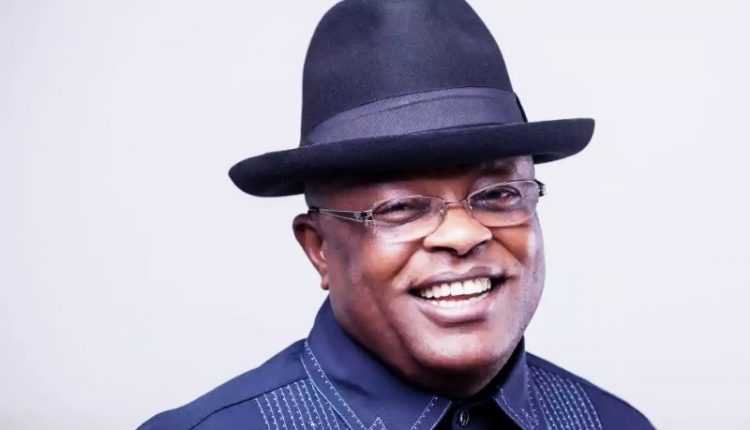 Governor David Umahi of Ebonyi state on Tuesday suspended all civil servants from Effium community Ohaukwu LGA of the state working in the State Civil/Public Service.

The State Chief Executive also sacked the two Coordinators of the Development Centers  in the community.

Umahi announced the  suspension of the Coordinators on Tuesday during an enlarged State Security Council meeting held at the Executive Council Chambers New Centenary City Abakaliki.

The action followed the recent upsurge of hostilities and violence in the area arising from intra-communal war between the Effium and Ezza-Effium people in the community.

It would be recalled that few weeks ago, five workers of a Construction Firm working in the Effium Section  of the State ing Road Project were kidnapped in the community.

Besides Two Policemen were abducted on Sunday while three others sustained various  degrees of injuries in an attack on a police team which accompanied the Lawmaker representing the constituency Chinedu Awo to the area.

The team were said to have gone to plead with the warlords to show them where the five kidnapped construction workers were buried and allow them to exhume their corpses.

Regrettably, over 60 gunmen ambushed them and in the shootout, two of the police officers were allegedly abducted.