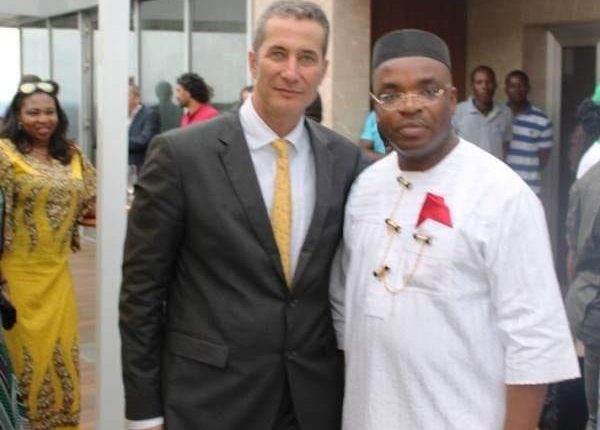 Akwa Ibom people were recently sold another basket of lies by Mr Udom Emmanuel, the state governor, when he tried whitewashing his incredibly poor records in office.

At the flag-off of PDP National Assembly campaign in Ikot Ekpene on October 25, 2022, Mr Emmanuel reportedly told the perplexed crowd that he has now completed the same facility he inherited on assumption of office as “fully completed”.

It is on record that Udom is known for declaring most of his uncompleted projects as completed. So it might not be surprising that in a desperate quest for a visible project to present as part of his exit record , he has to claim another man’s vision and sweat.

Indeed, it is more than shocking that the very facility, Four-Points by Sheraton in Ikot Ekpene, which was initiated and completed by the  then Governor Godswill Akpabio before his exit on May 29, 2015, is the one Mr Udom Gabriel Emmanuel is claiming to have just completed.

Obviously, for clear vindictive and political reasons,  Udom had repeatedly claimed that he inherited only the building, on assumption of office as governor, without the requisite furnishings.

That claim, however flies in the  face of verifiable facts, as seen in pictorial documents recorded before Udom assumed office as governor. In pictures taken on the day of the commissioning of the said hotel, Udom Emmanuel, as then Secretary to the state Government, was seen as part of the delegation of Governor Godswill Akpabio’s administration.

Udom was not only prominent at the tap-cutting scene but posed variously in different locations of the hotel, with full furnishings in glaring display.

In one of the pictures, he is seen munching away on the Terrance of the hotel with Governor Akpabio and another guest. Perhaps, he was then so carried away to realise that the place was “not completed” or nonexistent then but merely in his imagination.

Interestingly, Mr Emmanuel’s current close ally, Mr Emmanuel Enoidem, now the PDP Senatorial candidate for Ikot Ekpene, was the commissioner supervising the building and furnishing the hotel. Mr Etido Inyang, was then  the Special Adviser, Technical, while Mr Oliver Ebong was the Consultant.

Akwa Ibom people have grown wiser to the annoying antics of these unscrupulous politicians and are ready to grill for accountability. They are no longer ready to swallow Udom’s lies hook, line and sinker.

Indeed, the people need to ask Enoidem and Etido Inyang, both from Ikot Ekpene Senatorial District,  to explain the status of the hotel as at the time it was commissioned. If it was not completed and furnished, why did they as officers of government who were in charge of the project, certified it ready for commissioning? If the hotel was completed, furnished and commissioned before May 29, 2022, what then did Udom complete and furnish?

Furthermore , it should be recalled that the state House of Assembly, led then by Messrs Onofiok Luke and Udo Kierian, conducted an on-the-spot assessment and inspection tour of the hotel, immediately after Udom

took over. Can both of them step forward and make public the  report of that exercise?

Equally, can Hon Nse Ntuen,  who as then Chairman of ALGON (Association of Local Governments of Nigeria) led a toured of the hotel on the commissioning day step forward and tell the world  if the hotel wasn’t completed and fully furnished?

No lie will make us accept a phantom gift this time around. Udom is churning out these lies to deceive Akwa Ibom people to accept his selfish plan of imposing a stooge and an incompetent character on them. Never again will Akwa Ibom people be fooled a second time! 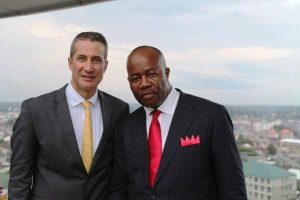 Nigerians unhappy with State of the Nation

Nigerians unhappy with State of the Nation

Ogunewe Pleads With State Governors Not To Kill The Local…