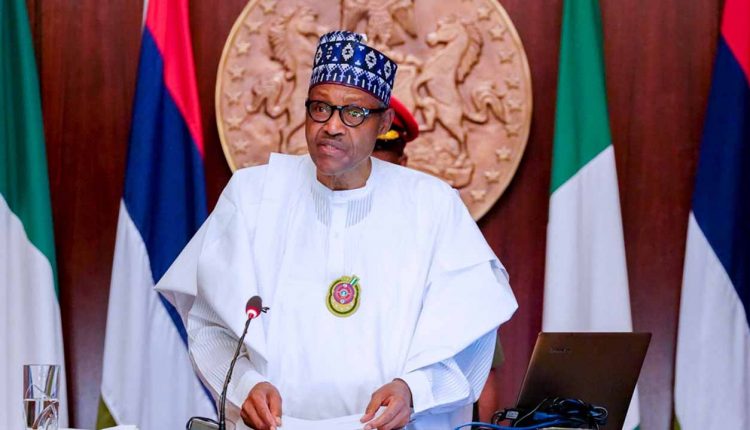 ‘We insist that the time for that “continuous process” in overhauling the Federal cabinet is now.  As a matter of process, we would have preferred that Mr. President should go the whole hog to carry out the reshuffle at once rather than adopt a piecemeal approach considering that time is of the essence’.

There is no better time than now for President Muhammadu Buhari to take full advantage of the visible gains from the recent minor cabinet reshuffle, preceded by a change of the Service Chiefs and the sacking of the Ministers in charge of Agriculture  and Power Ministries to push for a total shake-up and drop more underperforming Ministers in order to inject fresh ideas into the business of governance if only to ensure that he completes his remaining tenure which ends on May 29, 2023 on a successful note.

The resounding applause which trailed the removal of Ministers of Power as well as Agriculture and Rural Development, Sabo Nanono and Saleh Mamman, respectively, as Ministers of the Federal Republic, is a clear evidence that Nigerians are indeed clear-headed when it comes to their assessment of the performance of government functionaries many of whom got appointed in the first place on ground of political patronage and not merit.

There is, therefore, no gain-saying that the Federal Government has an uphill task to convince greater number of the populace into believing in the sincerity of purpose of the regime’s policies and programmes.

It is obvious that the Buhari administration is not moving in the same direction with majority of Nigerians. For example, the President seems to be standing alone when it comes to proffering solutions to the worsening insecurity in the country.

After tolerating Buhari’s unpopular leadership style of communicating to the nation through body language and signs, the time has come for the President and the Presidency to indulge in effective communication, a tradition known to be a two -way flow with the people and listen to feedback.

Arising from the change of tactics, backed by renewed vigour and visible achievements being recorded  in the nation’s war on terrorism, following the  recent  appointment of new Military Chiefs and  subsequent  minor reshuffling of the Federal Executive Council that followed the removal of the Ministers of Power and Agriculture, most Nigerians are convinced now more than ever before that Buhari needs  to effect a total shake-up of his cabinet in order to not only achieve measurable results but positive end to his two terms occupancy of Aso Rock.

We are happy to note the administration’s admittance of failure on the part of the two sacked Ministers as ground for their removal.

However, it is very obvious that there are many other Ministers whose performances are far below average, hence, the urgent need to relieve them of such crucial national assignment as governance and to hire capable hands which are in abundance in the country.

The point we are making is that there are several others like the sacked Ministers whose records of performance are of poor quality and who, going by the President’s statement that,“The few cabinet changes mark the beginning of a continuous process”, who should  be relieved of their jobs.

We insist that the time for that “continuous process” in overhauling the Federal cabinet is now.  As a matter of process, we would have preferred that Mr. President should go the whole hog to carry out the reshuffle at once rather thanadopt a piecemeal approach considering that time is of the essence.

We had expected an immediate change in the Ministries of Defence, and Internal Affairs as well as the Office of National Security Adviser, NSA, similar to the changes in top military command, which was complemented with the appointment of a new Inspector-General of Police. No doubt, these changes would have guaranteed the complete retooling of the nation’s security architecture in the face of the festering banditry, resurgence of Boko Haram fighters, herder/farmer clashes, cattle rustling and kidnapping.

Considering the controversy and Buhari’s reluctance to fire the immediate past Military Chiefs, who he promptly rewarded with ambassadorial appointments, relieving the two Ministers of their posts was viewed as totally not in tandem with Buhari’s latest style, which contrasts with his earlier tenure as a military Head of State where public officials were often sacked with “immediate effect”.

But the President must realize that under a civilian administration, the Presidency must be seen to be listening to the aspirations of the people, who gave him their mandate and listen to such popular opinion.

There are, obviously, several reasons why holders of high offices could be “fired” forthwith. These include but not limited to corruption or abuse of their positions, indolence, failing health, falling out of favour with the chief executive, who in this instance. is the President and political differences.

However, one of the posers begging for response is: Can there be justifiable reasons that the Ministers of Labour and Employment, Health and that of Information and Culture should be adjudged successful considering the many glaring faulty steps by their ministries such that the Buhari administration appears to have recorded the highest man-hour loss in the socio-economic sectors due to incessant strikes from breach of mutually agreed Memoranda of Understanding (MoU) and related agreements reached with unions?

Similarly, can it not be said that some of these Ministers who were reappointed by the President have lost their steam to fatigue and should be sacked forthwith, to give room for fresh hands, fresh ideas and consequently,  fresh partnership with critical stakeholders?. The strength and impetus which the new Service Chiefs have brought to bear in their assignments is a classical example of what new ideas can achieve, hence the need to overhaul the cabinet.

During Buhari’s  first term between 2015 and 2019, he ignored public clamour for cabinet reshuffle even when it became apparent that many of the Ministers were under performing. Nigerians, therefore, are no longer in the mood to accord him the same luxury of doing things in  his own ways but would rather adopt strong but civilized ways of telling Mr. President that they won’t accept inefficiency and redundancy in the Federal Cabinet.

The President should be interested in extracting performance appraisals from his cabinet members especially now that he has expressed his admiration’s strong desire to finish the race strong not minding how sluggish that he may have started.