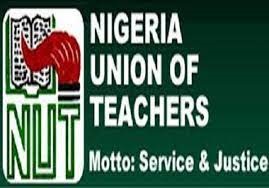 The Nigerian Union of Teachers, FCT chapter, has directed that schools be shut down in the six Area Councils with effect from from Wednesday, due to  outstanding arrears and non payment of arrears of the national minimum, and some months of annual increment in some LEASs.

FCT NUT chairman, Comrade Stephen  Knabayi, who disclosed this in a press   briefing, also explained that the payment of teachers’ salaries in LEA schools, FCT has been prompt and regular.

in his words:”We have been part of the meeting and members of JAAC where allocations come from the federation account and shared accordingly, where the issue of teachers salaries is made a frontline charge. Also, there is never a time when salaries are held by the six area councils.

“But presently, we have directed that schools should be shut down in the six area councils with effect from today Wednesday. That has to do with the outstanding arrears and the none payment of the arrears of the new national minimum wage, and some months of annual increment in some LEAs,” he said.

Explaining the situation, the Executive Chairman, FCT UBE  Board , Dr. Alhassan Sule, said the area councils chairmen should be blamed for the primary schools’ teachers strike, as

they are not owing FCT teachers’ salaries to make them embark on indefinite strike.

He said they were surprised to receive a letter from the NUT secretariat with the information that they gave a directive to all teachers in the primary sector not to resume on Wednesday.

Sule further explained that at the local government level, they were able to implement promotions, but the issue of arrears became a problem.

“I believe that what the area council did by not inviting the NUT to a round table discussion is one of the reasons that they decided to go back to strike.

“They are not talking of the arrears now, but that they should come together and get a workable template on how they are going to decrease all the outstanding arrears date back to 2015, 2016 till date in the local government arrears,” he said.

Sule stressed that as well as FCT teachers’ welfare is concerned, the FCT administration does not play with it. “They have paid all promotion arrears as far as FCT education is concerned. But that of local government has to do with friction between the LEA secretaries and their chairmen when it has to do with the employment of teachers.”

ASUU to Buhari: We’ll continue strike till 2023 if necessary

ASUU to Buhari: We’ll continue strike till 2023 if necessary