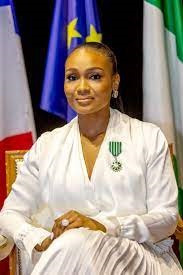 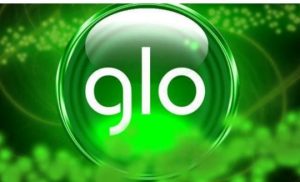 At a time most citizens and corporate organizations are struggling for survival on account of the security and economic challenges confronting the country, telecommunications giant, Globacom continues to provide innovative services and life-touching customer reward promotions that enable thousands of subscribers in Nigeria to win huge prizes from the firm.

Glo has since its establishment in August 2003 never left anyone in doubt of its commitment to putting the interests of subscribers first not only in rendering quality and affordable services but regularly initiating mouth-watering promotional campaigns to enhance their living standards.

This end-of-year offering has been rated high by stakeholders considering that it coincides with 20 years of growth and expansion of Global System for Mobile Communications (GSM) revolution even as the country embraced the Fifth Generation (5G) Technologies.

Information and Communication Technology, ICT, in Nigeria received a major leap with the coming of the GSM in 2001 even though it took two years after for Globacom to be formally registered.

But the company’s instant profound impact remains evergreen in the memory of customers following its launch of the people–oriented ‘Per second billing’, which turned out to be the game-changer when pioneer operators in the telecommunications sector had declared that charges for mobile telephony services could only be on the basis of per minute billing.

That singular innovation, in addition to quality service delivery and unequalled benefits to its subscribers in the past 18 years truly, have ensured that the telecommunications company continues to command unparalleled respect and total brand loyalty across the country.

The recent report by the Nigerian Communications Commission, NCC, on the performance of the GSM operators reflecting Glo’s dominance was, therefore, seen by industry experts as well deserved following the operator’s trail-blazing record.

According to the scoresheet published on the Commission’s website, the firm continued to lead the telecommunications industry growth in the country with the addition of over 2 million new subscribers in the third quarter of this year.

Specifically, Globacom owned by a Nigerian billionaire, Dr. Mike Adenuga Jr.,  added a total of 2,804,450 new subscribers between July and September, representing 86 per cent of the quarter-on-quarter growth recorded in the industry.

However, against popular expectations, MTN that pioneered the GSM revolution in the country suffered a decline in its subscriber base, losing 4,266 of its existing customers during the period under review.

And as further evidence that its huge gain in subscribers’ base was no fluke, Globacom also achieved a similar spectacular feat in terms of data customers leading the growth in the sub-sector by accounting for 68 per cent of the total number of new internet users during the quarter which stood at 1,497,139.

Approximately, its data users at the end of the third quarter stood at 38,902,243 compared to 37,875,966 in the second quarter, which is an addition of over one million customers.

But industry experts have attributed Globacom’s continued strong showing and dominant performance to the innovative products and services the operator regularly doles out in the market such as Berekete Plus Plus tariff plan and Joy Unlimited Extravaganza consumer promotions that elicited instant buy-in by subscribers.

The plan, it noted would also avail customers the opportunity to communicate endlessly with friends, loved ones, and business partners in addition to longer and quality browsing time, massive downloads, and the opportunity to watch movies on Glo TV, thereby having their browsing and talking needs met from the same recharge.

Before the impactful promotions, Glo had consummated a historic deal with Eutelsat, a global commercial satellite company, total telecommunications solutions provider as part of a deliberate strategy to deploy unlimited internet service and Satellite-based community wifi internet service in unserved areas across the country.

Its numerous benefits include providing a platform to extend internet connection to rural communities in the country where they don’t have access to internet services while the Glo-powered EutelsatKonnect Satellite platform comes with several advantages which include ‘electronic transactions by subscribers and opportunity for payments to workers or companies in remote areas’.

Also recently, the company launched an exciting end-of year Joy Unlimited Extravaganza promo in which over 500,000 prizes, worth millions of Naira including luxury cars, different household appliances such as fridges, television sets and generators have been earmarked for winners across the country.

“There are also data prizes, which will be won on daily basis while the grand prize of a brand new Kia Saloon car will be won by lucky subscribers across the country every month end throughout the duration of the promotion”, Glo revealed, adding that the promo is in commemoration of the company’s 18th anniversary and to appreciate its numerous customers, who have been loyal to the brand since its inception in August 2003.

Continuing, it disclosed that: “Since 2003 when Globacom changed the paradigm at launch with the people-oriented offer ‘Per second billing’ the company has consistently brought innovation, quality service delivery and unequalled benefits to its subscribers in the past 18 years”.

It noted further that the life-enhancing customer reward promo tagged: Joy Unlimited Extravaganza is in continuation of the different promotions from the stable, including the recent Everyday Bonanza and My Own Don Beta promos designed for thousands of telecom subscribers in Nigeria to win numerous prizes from the telecommunications firm.

The operator urged customers to participate in the promo by dialing the dedicated USSD code: *611# on the Glo network while they can also recharge a cumulative of N500 a week (Monday to Sunday) to qualify for the draws.

Similarly, it explained that a total recharge of N2,000 in a calendar month qualifies subscribers for the monthly draws while all recharge amounts, physical, electronic, special (4x, 5x, etc.) count towards qualification even as

Glo encouraged customers across the country to avail themselves of the opportunity of Joy Unlimited Extravaganza Promo to win prizes.

It gave assurance of introducing more value-adding and life-changing products and services meant to give Nigerians world-class experience on the network in line with the company’s mission and vision to build Africa’s biggest and best telecommunications network.

Its breath-taking record as the first single company to build a high-capacity submarine fibre-optic cable, popularly known as Glo-1, the first successful submarine cable from the United Kingdom to Nigeria; with such attendant benefits as high increases in internet speeds and download rates with resultant outstanding improvements in online technologies remains unbeaten.

Therefore, according to stakeholders in the ICT sector, Globacom’s contributions to the growth of digital technology as well as socio-economic development in the country especially its life-impacting promotions during the current economic hardship stand the company out as pro-people since the introduction of GSM in the last two decades.

GloTV to broadcast Glo Battle of the Year Nigeria from…