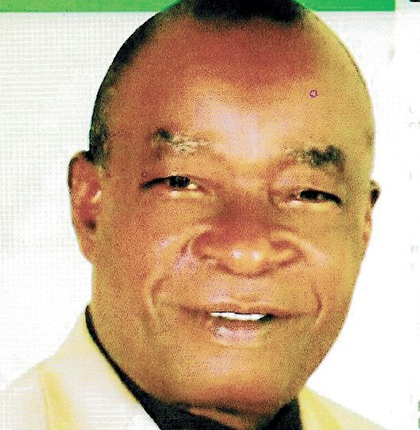 Anambra State has got a governor-elect. What is your impression over Charles Soludo as In-coming governor of the state?

Soludo is God sent I believe that God’s time is the best. Soludo contested some years back under the PDP  but failed. Today he is governor Elect. It is only God that makes a person king. And He gives it to whom He pleases. According to Ecclesiastics Everything under the sun has time and season. God who knows the proper time knows that a time like this will come when Soludo will be governor of Anambra. And the time is now when the people of Anambra needed a person like Soludo to mount the saddle of leadership of the state to add light to the development of Anambra state..

Soludo’s emergence was a collective effort. What role did the Nnewi businessmen and professionals play in the electoral process?

The businessmen here, apart from exercising their franchise, played important role in the emergence of Soludo as governor elect. We came together and gave him our support. That was what we did for him in the past. So, now our effort yielded positive result. Myself, Ibeto, Innoson, others gave him our support.

What word do you have for political parties and candidates who had threatened court action over the election?

I would advise everybody to sheet the sword. Let us join hands to develop Anambra.

Looking at Soludo as governor of Anambra State from the business angle, do you think his policies will embrace the organized private sector?

Soludo will be a blessing to the organized private sector. He has been Governor of the Central Bank of Nigeria, a position that exposed him to many countries and to the business world. So being the state governor, Soludo,I strongly believe , would work closely with the organized business sector which the chambers of commerce that shelters the private sector are a part, to achieve the transformational economic, developmental agenda of the state. So I believe he would include the chamber of commerce in his policy making initiative.

What alleged business lapse in government would you want the incoming governor, Soludo to avoid?

Not only state governments but federal Government too, leaves this loophole: None inclusion of businessmen on business trips. You see a governor or Mr. President embark on business trip without including members of the business class. It is not done that way in the advance countries. All advanced countries work with the chambers of commerce and the business sector. We have seen governors go on business trip without people in business and come back without any result, without any benefit to the country. Soludo should avoid this. I know Soludo will bring a tremendous positive change to Anambra State. I know, he is going to face a challenge, which he will surmount in Jesus name.

In what ways would you want the governor elect to choose his cabinet?

I would advise him to choose the right people to work with him. He choose professionals in the manage of state and economic affairs. He must avoid people who would spoin business for him.

He should also try to revive moribund in industries in the state to add to the economic growth of the state.

What progress has SECCIMA made so far?

We are continuing with our programmes in developing businesses among the organized private sector. Business has witnessed some tremendous positive growth. And we are making more effort at attracting more government support for businesses in the South East.

The COVID-19 pandemic was not good to businesses worldwide and this had its negative effect on businesses in Nigeria and South East in particular. Efforts are being made to overcome lost grounds.

Seaport is necessary for the South East to promote business in the zone. What would you say about this ?

There is no  doubt about that. But it is something all the governors in the South East should press forward for. A seaport in the South East geopolitical zone will not only promote business growth but will reduce unemployment in the zone. Government should try to make this a priority before 2023.election.

There is need for power rotation in the country – Bucknor-Akerele

THE CUSTOMER’S COMPLAINT THAT WRECKED HAVOC ON SALES OF A CAR BRAND.

THE CUSTOMER’S COMPLAINT THAT WRECKED HAVOC ON SALES OF A…