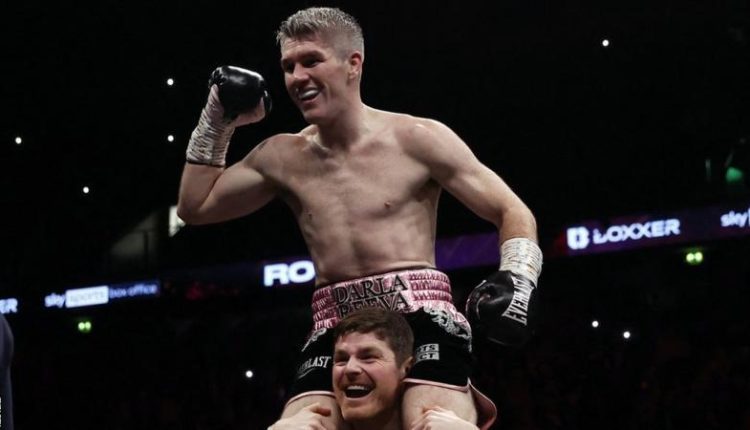 Eubank Jr, 33, had been unbeaten since 2018 but suffered the first stoppage defeat of his career.

Liverpool’s Smith knocked Eubank down twice in quick succession in the fourth round before the referee waved off the contest.

Fight week was dominated by controversy but it was Smith who pulled off the upset after moving up in weight.

There was rapturous celebrations among Smith’s team and in the crowd when the fight ended, with the 34-year-old’s brothers Callum, Paul and Stephen joining him in the ring.

The two fighters hugged in the ring after emotions calmed and Smith opened the door to a rematch in his post-fight comments.

“I said all week I’m a good finisher and I knew if I got him hurt that I would finish him,” Smith told BBC Radio 5 Live.

“Name me a Chris Eubank fight that has been respectful – not many.

“Something I said may have come across wrong and I apologise for anyone offended by that. I respect everybody and it was just tongue in cheek with Chris.

“There’s not many fighters who can milk a crowd like I can. That was up there with the best nights in my career.