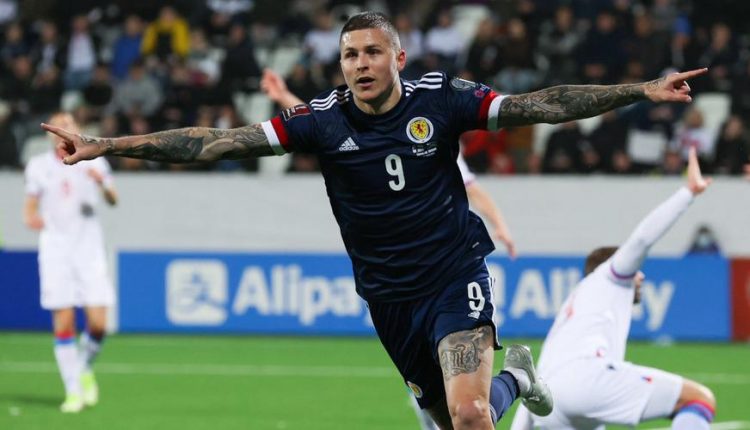 Lyndon Dykes scored a controversial goal four minutes from fulltime to hand Scotland another dramatic late victory, as they beat the Faroe Islands 1-0 in their World Cup qualifier in Torshavn on Tuesday.

After Scotland snatched a stoppage-time win over Israel at the weekend, Dykes scored to move them closer to qualifying for the March playoffs for places in next year’s Qatar finals.

Tuesday’s win kept them second in Group F, four points ahead of Israel and able to make sure of a top-two finish if they beat Moldova away in their next qualifier on 12 November.

Denmark won the group and booked a World Cup place by beating Austria on Tuesday.

It took some time for VAR to verify Dykes’ goal as it looked to come off either his chest or hand, with TV replays inconclusive.

A clearance from Nathan Patterson’s cross hit Dykes and flew in for the winner after a frustrating game for the visitors, who are looking to return to the World Cup finals for the first time since 1998.

Dogged defending by the Faroe Islands in the pouring rain provided Scotland with few opportunities despite them dominating possession.

The Faroes squandered an inviting chance inside the first five minutes when Joan Simun Edmundsson fluffed a shot from close range and Scotland goalkeeper Craig Gordon pulled off a point blank save to deny Ari Jonsson just under 20 minutes later.

Scotland had their best opportunities in the last 15 minutes as Billy Gilmour and John McGinn were both denied before Dykes delivered with a fourth goal in his last four games for his country.

Nigerian Breweries Plc Certified as a Great Place to Work