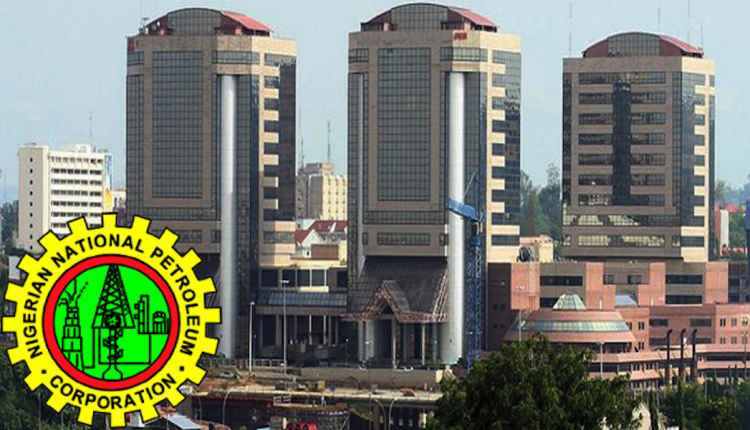 .As NNPC pledges to invest in road reconstruction

It was a huge relive as the intervention of some stakeholders in petroleum industry, including NNPC, Department of Petroleum Resources, DPR,  the Petroleum Products Marketing Company, PPMC, the Southwest chapter of Independent Petroleum Marketers Association of Nigeria, IPMAN has put on hold the proposed strike notice scheduled to start on (Monday),11th October, 2021.

The Petroleum Tanker Drivers have called off their planned strike action.

This development came after intensive engagement involving the leadership of the PTD, NNPC officials and other government agencies.

NNPC wishes to appreciate the maturity and patriotism of the leadership of the PTD; and to also reiterate its resolve to actively participate in finding a quick and effective solution to the concerns raised by the PTD.

Earlier yesterday, the Nigerian National Petroleum Corporation called on Petroleum Tanker Drivers to, in the interest and welfare of the Nigerian people call off its planned strike action.

The strike is about the condition of roads in various parts of Nigeria which are used for the distribution of goods and services including petroleum products.

However, even though it is not the responsibility of the NNPC to build or rehabilitate roads, any disruption in the distribution of petroleum products to different parts of Nigeria will adversely affect the business of the NNPC and endanger energy security, which the country has enjoyed for a long time now.

In recognition of this, the NNPC wishes to assure the Petroleum Tanker Drivers that in addition to the ongoing efforts by other agencies of government, the NNPC has initiated a process that will provide a quick and effective solution to the roads network challenges as expressed by the PTD.

Having recognised that the major reason slowing down the rehabilitation of the road networks in the country is the paucity of funds, the NNPC has expressed interest to invest in the reconstruction of select Federal roads under the Federal Government’s Road Infrastructure Development and Refurbishment Investment Task Credit Scheme.

The thrust of the NNPC’s intervention is to make considerable funds available for the reconstruction of roads through it Future Tax Liability.

NNPC as a responsible corporate entity recognises the legitimate concerns of the PTD, we however appeal to the leadership and members to reconsider their decision in the overall national interest.

Accordingly, we urge PTD to immediately call off the strike notice and give the current efforts by government and its agencies a chance to solve the challenges in the interest of all.

We also wish to strongly advice Nigerians not to engage in panic buying of petroleum products as the NNPC has sufficient stock to last through this festive seasoned and beyond.

In a release signed by the Zonal Chairman IPMAN Southwest, Dele Tajudeen Lamidi said the intervention of the DPR and PPMC necessitated the suspension of the strike notice.

It would be recalled that the Southwest zone of IPMAN had issued a 3 day strike notice in respect of arbitrary charges by the DPR and issues of customer express by PPMC.

The Zonal Chairman of IPMAN, Alhaji Lamidi said the management of DPR had called for an emergency meeting through the Zonal Operation controller of the Department where their grievances were tabled and discussed.

“At the end of the meeting we both agreed on 14 days for them to look into our requests and revert back.

“On the other hand, the top management of PPMC also contacted us severally and also requested we allowed them to look into all the issues raised during the meeting with DPR.

“With the above assurances we are therefore directing our members to continue with their normal business and put the strike on hold while we await the outcome of the meetings.

While appreciating the efforts of the National Chairman of PTD, Salmon Akanni Oladiti, the NUPENG President Comrade Williams  Eniredonana Akporeha, General secretary, the leadership of IMB of NUPENG, Alhaji Lamidi assured that the leadership of the Association will keep its members informed as events unfold while also thanking them for their support, advice, calls, and most especially their readiness to support the strike.

However, In line with explanations given as per the steps taken by the top managements of DPR and PPMC requesting for 14days to address all our grievances and with the intervention of the State Security Services coupled with the meeting held by the Stakeholders yesterday; In line with the  directive of the IPMAN Zonal Chairman Alhaji Dele Tajudeen;  that the initial proposed strike action be put on hold ,

I Alhaji (Dr) Bukola Mutiu the Ibadan Depot Chairman on behalf of the entire executive wish to inform you that the proposed strike be shelved pending the outcome of the reports from DPR & PPMC management.

The leadership of the Nigeria Union of Petroleum and Natural Gas Workers hereby announced the suspension of the intended withdrawal of the services of Petroleum Tanker Drivers earlier scheduled to commence midnight of Sunday, 10th October 2021 following the understanding reached with the Union by the management of NNPC at a meeting held in Ibadan, Oyo State, today, 10th October 2021 and the expected outcome of the follow up meeting that is scheduled to hold on Tuesday, 12, October 2021 in Abuja as contained in the communique issued today.

The suspension of our planned action is predicated on  our belief that the understanding reached with the government today as well as at meeting of Tuesday 12th, October 2021 will be fulfilled to the letters.

We wish to clearly made it known to all well meaning Nigerians that have variously appealed to us on these issues that our planned was not intended to inflict further pains on Nigerians but to ensure observance of minimum safety on our highways for the good of lives and properties.

We are well aware of the impacts our actions usually have on the people, businesses and the nation at large but we cannot continue to watch as things continue to degenerate in our industry.

In the light of the above, the Union will not hesitate to re- commence the action without any notice if the understanding reached in these two meetings are not fully implemented within the timeframe agreed.

With this , our Petroleum Tanker Drivers are hereby directed to continue providing services for the efficient and effective distribution of Petroleum products to homes and workplaces across the country.

Our Solidarity remains constant for the Union makes us strong.