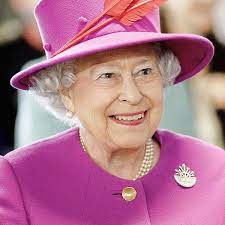 Queen Elizabeth II, the longest-reigning British monarch whose rule spanned seven decades, died on Thursday at the age of 96, Buckingham Palace has announced.

The Queen’s oldest son Charles has now become the King.

“The Queen died peacefully at Balmoral this afternoon. The King and The Queen Consort will remain at Balmoral this evening and will return to London tomorrow,” the royal family announced in a statement posted on its official Twitter account, referring to Charles as the new King for the first time.

Elizabeth ascended to the throne in 1952, on the death of her father, King George VI. She oversaw the last throes of the British empire, weathered global upheaval and domestic scandal, and dramatically modernized the monarchy.

She died at Balmoral Castle in Scotland after doctors said they had become concerned about her health on Thursday.

Elizabeth ruled over the United Kingdom and 14 other Commonwealth realms, and became one of the most recognizable women ever to have lived.

The Queen’s four children were at Balmoral Castle when the announcement was made.

Charles rushed to the Scottish castle earlier on Thursday together with his wife Camilla, the Duchess of Cornwall. The Queen’s daughter, Princess Anne, known as the Princess Royal, was already there.

The life of Queen Elizabeth II

Prince William, who is now the heir apparent to the throne, arrived at Balmoral Thursday afternoon together with the Queen’s other two sons, Prince Andrew and Prince Edward, as well as Edward’s wife Sophie, the Countess of Wessex.

Prince Harry was also on his way to Balmoral, a spokesperson said. His wife Meghan, Duchess of Sussex was not traveling with him, the spokesperson added.

William’s wife Catherine, Duchess of Cambridge has remained at Windsor, where their three children attended their first day at a new school.