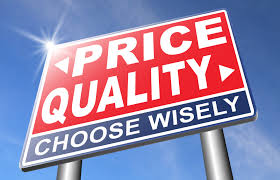 By nature, Nigerians are predominantly traditional in their approach to shopping.

This is hardly surprising when you consider that online shopping or e-commerce, as it is more popularly known, is a fairly recent phenomenon, one that is still catching on here in Nigeria but undoubtedly growing in leaps and bounds. Indeed, e-commerce, or at the very least, the structured version of it that we experience today, is barely a decade old in Nigeria. More on this later.

The predilection to readily embrace an opportunity to see, touch or experience a product (a classic case of what you see is what you get) before parting with hard-earned money is deeply ingrained here. This is undeniably tied to the skepticism and natural sense of caution an average Nigerian possesses, particularly in situations that involve spending money. Another important factor is a chance to haggle over price and the satisfaction of walking away with a perceived good deal, especially when the buyer succeeds in convincing the seller to shift ground. This is not to rule out the warm, human interaction that shopping in such traditional retail formats engender.

Perhaps, this is why open-air markets, corner shops or mom and pop stores remain popular and have continued to command a dominant share of retail spending in Nigeria and many other African countries.

The foregoing finds expression in a recent study by the Boston Consulting Group (BCG). Specifically, the report, published in June 2022 , submits that more than 600,000 small shops and open-air markets dominate the retail landscape in Nigeria, accounting for an overwhelming 97% of national sales of food, beverages, and personal care products. The study adds that these traditional retailers consist of small kiosks and open-air markets. Even more eye-opening is the fact that the report reveals that the dominance has remained, despite the considerable challenges posed to traditional retail by the expansion of modern retail, the nascent rise of e-commerce and changes in consumer behaviour accelerated by the COVID-19 pandemic.

Titled ‘The Future of Traditional Retail in Africa’, the report holds that despite the advance in supermarkets, convenience stores, and other modern formats, including e-commerce, African consumers on average continue to buy more than 70% of their food, beverages, and personal care products from the continent’s more than 2.5 million small, independent shops.

In addition to some of the earlier listed factors which encourage traditional shopping, the BCG study highlighted other prevailing reasons.

The BCG report is bolstered by another research conducted by the Oxford Business Group which attests to the power of traditional retail. The study noted that Nigerian shopping is still heavily dominated by the world of neighbourhood stores, street vendors and open markets. Although the study predicts that this will change with time, it insists that traditional retailers will continue to dominate for the following reasons.

‘‘One is taste: even of those who can afford to shop in malls or supermarkets, many prefer more traditional ways. Another is a tendency to shop frequently rather than stock up. And deficient public transport means that malls are not very accessible to those without cars. Yet another edge may be cost-related, as pointed out to the local Business Day in April 2012 by sector analyst Cedric Bra. Using informal labour, often selling goods bought illegally, and frequently operating unregistered and therefore untaxed, smaller shops can keep costs low. Contrast the modern retailers, which have high fixed costs and visibility, having to obey the rules in respect of tax and sourcing. Taken together, noted Bra, this means that modern grocery retailers’ prices are on average 10-20% higher than those found in unregistered outlets.’’

Nevertheless, one can no longer deny the growing influence of e-commerce or online shopping, as a useful and convenient alternative for a growing band of savvy shoppers. This can be attributed to the rise in internet connectivity, greater exposure among the younger members of the population, the impact of the COVID-19 pandemic which brought the power of online shopping to the fore, as well as the ease and convenience that accompanies digital shopping.

Also worth mentioning is the growing awareness and appetite for e-commerce among Nigerian shoppers. A survey conducted by Philip Consulting in 2016 in Lagos, Abuja, Oyo, Delta, Kaduna and Rivers States revealed that at least 51% of respondents sampled still prefer to shop in-store, while 49 preferred online shopping. But between 2014 and 2016, 97% disclosed that they have currently shopped online, at least once per year.

E-commerce is also being embraced by a growing segment of the population because they do not face some of the structural challenges that confront traditional retailers. One of this is inefficient distribution systems that often force retailers to close their shops for several hours so they can go purchase goods from wholesalers, making it hard to obtain or retain sufficient inventory – a pain-point that tech-driven platforms such as TDiLife, a major FCMG and lifestyle products distribution giant headquartered in Lagos, are helping these small businesses overcome.

Further boosting the popularity of e-commerce is the range of options afforded the shopper. From the comfort of one’s living room, bedroom or office, you can check out an array of products from the biggest brands on the platform of competing players at the click of a few buttons on your device – smartphone or laptop. Also closely related to this is the fact that one can do this at any time of the day. In other words, e-commerce is a 24-hour operation, one that allows shoppers access to preferred items round the clock, without having to worry if the market is closed or whether the seller is yet to open or has locked up their kiosks to go to church/mosque or attend to other pressing personal issues, as may be the case with traditional retail.

But more importantly, e-commerce has the beneficial attribute of enabling Nigerians live out their price-sensitive proclivities.

Here is the catch. The average Nigerian is a price-conscious freak. We get unusually emotional or irritable at the prospect of being made to pay a higher price when we can avoid it. In the same way, we are often triumphant, giddy with excitement and fulfilled when we succeed in extracting a discount, a deal, a better price than stated for a product or item.

Certainly, e-commerce is best placed to sate this thrifty appetite.

A 2019 GE Shopper Research Study revealed that a growing number of consumers extensively research and compare prices and offers before making major purchases. According to the study, 81% of consumers go online before shopping and spend an average of 79 days gathering information before making a major purchase. Further, the study disclosed that the availability of financing options continues to be a key factor in a shopper’s choice of retailer, with nearly half of all shoppers researching payment options online before visiting a store.

The above aligns with a 2017 Retail Dive Consumer survey.

Here in Nigeria, it is common for shoppers to explore and compare prices among the major e-commerce firms before making up their minds, thereby affirming the primacy of price in the decision-making process. But where does product quality stand in the mix? Given a choice, would you sacrifice quality on the altar of cheaper pricing? This is the dilemma that confronts many online shoppers in Nigeria today.

Nevertheless, several studies point to the fact that quality remains key for most consumers, even ahead of price.

This takes us back to the recent emergence of e-commerce and its rise as a tool for price comparison. Hardly can one discuss e-commerce in Nigeria today without a mention of Jumia and Konga, unarguably two of the market leaders, but both of which have only been in operation here for 10 years. Predating this, however, the only other claim Nigeria can lay to anything resembling e-commerce was BuyRight Africa, a platform founded over 13 years ago by Leo Stan Ekeh, one of Africa’s leading techpreneurs and which was way ahead of its time, but reportedly collapsed due to the absence of credit/debit cards at the time, paving the way for the latter-day players.

Still, many would be hard pressed when choosing between price and product quality.

But in the view of Durogba Arogundade, an e-commerce researcher based in the UK, the decision ought to be a simple one for shoppers.

‘‘As a Nigerian, I understand the huge attention paid to price. However, a shopper would only be getting the short end of the stick if they prioritized a sweet price at the expense of a low-quality product. It is a decision that often ends badly. The key is finding a balance. This is where brands such as Konga come in, by leveraging their combination of the traditional retail approach represented by strategically located physical stores accessible to the shopper and modern retail, as represented by their online platform. You can never go wrong here as research indicates that many shoppers often visit retail stores when comparing prices before buying online and vice-versa.’’

‘‘I have been shopping online actively for the past six years. I have experienced all the e-commerce firms we have. Today, I can confidently tell you Konga has the best price. Yes. Things are cheaper at Konga across board. But that is not where it ends for me. Quality is also very important. So, I would rather choose a place where I can get both. So, I often walk into a Konga store most times as it enables me confirm product quality and compare prices with other platforms online before I pay.’’

In conclusion, the controversy surrounding price and quality can be said to have been laid to rest bby findings from the Retail Dive Consumer Survey.

‘‘Because a majority of shoppers are still visiting stores before buying products online, it remains critical for retailers to provide a high-touch in-store experience. Turning physical retail space into showrooms — where customers can try and test products and generally get to know the product better before making the final purchase online — may be the logical next step for retailing,’’ the study asserts.

CSCS joins ISSA’s board, appoints Haruna Jalo-Waziri as board member

How Glo emerged as the Most Popular Brand in Nigeria 2022

Meta and NAPTIP launch AMBER Alert Programme in Nigeria to…

How Glo emerged as the Most Popular Brand in Nigeria 2022