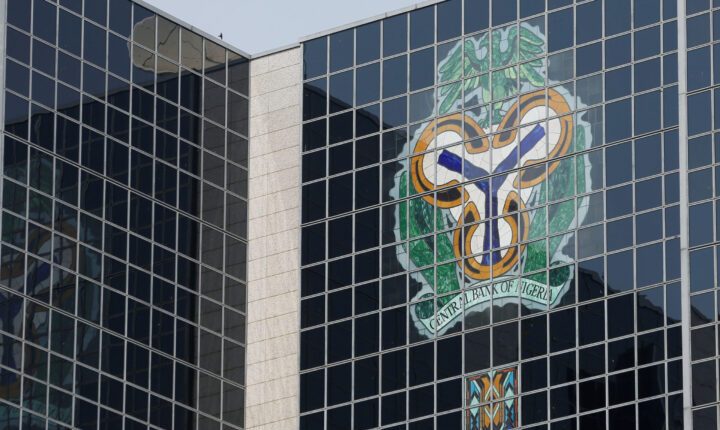 With 22 days to the expiration of the timeframe issued by the Central Bank of Nigeria, CBN to holders of old naira notes to deposit same in the banks not beyond January 31, one of the biggest posers before Nigerians at the moment is: when will the newly redesigned notes be easily available to most customers?

Therefore, we strongly believe that the apex bank in conjunction with money deposit banks must redouble their current unimpressive efforts in making the new notes in denominations of N1000, N500 and N200 readily obtainable in automation machines, ATMs nationwide in order to achieve the ultimate objectives of the redesign policy namely, to mop up most of the over N2.7trillion kept outside the banking system, further deepen the cashless policy, deal killer blow to ransom payments, tame high rate of inflation and reduce costs of currency management in the country.

Such heightened performance especially on the part of the lenders, in our view also, has become very imperative and a matter of necessity as investigations conducted across the 36 states and even the Federal Capital Territory, FCT revealed that most of the ATMs were still dispensing the old currency as at the close of business on Friday January 6, with the redesigned notes yet to be put in full circulation to the disappointment of the banking public.

As a matter of fact, this is the least expected considering the hype that preceded the policy and insistence by the CBN that there is no going back on the set January 31,2023 deadline for the return of old notes which will cease to be legal tender effective from the date even though majority of federal lawmakers in both the Senate and House of Representatives have demanded a shift in date on the ground that such needed infrastructure required for successful cashless policy and smooth implementation namely power, telecommunication and banks are lacking in most rural areas.

It should be recalled that the CBN Governor Mr. Godwin Emefiele on October 26, 2022 announced that the apex bank would issue redesigned N200, N500, and N1,000 notes, effective December 15, 2022, while the new and existing currencies would remain legal tender and circulate together until January 31.

Significantly too, this was followed by a formal launch of the redesigned notes with fanfare by President Muhammadu Buhari thereby raising public optimism and perception that the apex bank as well as the commercial banks were fully set to implement the policy seamlessly, which available evidence has since proved otherwise following our nationwide survey.

Indeed, justifying  the well intended policy at the time, Emefiele, declared that the decision to redesign the selected naira notes amongst other reasons would clearly give the CBN more control over the amount of money in circulation, stressing that when the new notes effectively are injected into the financial system, their quantity in circulation will be greatly controlled with less of the N500 and N1,000 denominations will be in circulation compared to what obtains now.

According to him, “This move is to enable the Central Bank of Nigeria have control over the size of money in circulation. The amount of money that can be withdrawn from the counter would be reduced drastically and bulk withdrawal would require several procedures and security checks to track its use,” noting that this move would ensure a a gradual and steady transition into a cashless economy like the rest of the civilised world.

Continuing he declared, “the world has moved to cashless economy and the CBN has moved to cashless economy. We will restrain the volume of cash someone will withdraw over the counter. We will follow up with the person’s data to know the reason for such withdrawal,” even as he charged Nigerians to use all available channels to deposit the cash in their possession before they become worthless.

“As of 2018, we had 86,000 touch points nationwide where Nigerians could deposit and withdraw money. In October 2022, that number has risen to 1.4 million touch points. That is to say we have over 1.4 million bank branches, POS points and other ancillary outfits to enable Nigerians return the old notes,” he added.

Similarly, shedding more light, the Director Banking Supervision of the CBN, Mr. Haruna Mustapha, said, “with over N2.7trillion outside the banking system, we need to haul all that in and so far progress has been mixed, especially with the relatively low cash evacuation to the Central Bank. It was not what we expected.”

“Of course this is typical, the usual Nigerian factor, we wait until the last minute and then we are expecting that rush. Regardless, we are very optimistic that our initial objectives will be met. But as we edge closer to the cut-over date, we expect that the volume of cash deposit will go up significantly. Our objective of mopping up all that excess cash outside the banking system will be met”.

He further contended  that “when more deposits come in, that will translate to more cash reserve that will be charged against banks. And that will mean more liquidity mop up, which is conducive to the achievement of our monetary policy objective and of course that will also tie in very neatly with our objective of taming inflation ultimately”.

It is on record also, that the policy which generated mixed reactions amongst Nigerians with majority clearly in support was again, bolstered with the introduction of the cash withdrawal limit on 6 December limiting over-the-counter cash withdrawals by individuals and corporate entities to N100, 000 and N500, 000, respectively, per week. But following the public outcry and allegation that it was politically motivated ahead of this year’s general election, the apex bank swiftly reversed its decision and announced an upward review with individual withdrawal limit pegged at N500,000 weekly and organisations N5 million weekly.

Expectedly, these elicited the reaction of the National Assembly which summoned Emefiele to appear and brief the lawmakers  on the CBN’s latest policies. Mrs. Aishah N, Ahmad Deputy Governor, Financial System Stability Directorate who stood in for the Governor later disclosed that “500 million pieces of currency from the mint” was ordered by the apex bank to successfully enforce the redesign policy but refused to provide further details.

Given CBN’s trumpeted justification and level of readiness to implement both policies uninterrupted earlier, we are seriously worried about the seeming inability of the apex bank as well as commercial banks to readily match promises with actions barely three weeks to the expiration of the January 31 ultimatum for the return of old naira notes.

It is against this backdrop that we welcome the recent directive of the apex bank that commercial bank to ‘stop dispensing new notes to customers who come to withdraw over the counter, but instead  should load the ATMs with the new notes’ which should be implemented  immediately. The excuse that some of the lenders were still working on reconfiguring the ATMs to be able to dispense the new notes in our view is lame duck and should not be condoned so that teeming customers can make withdrawals and meet their immediate needs as well as achieve the laudable objectives of the new policies by the apex bank.

Consequently, the only honourable and patriotic step left for the CBN, if the lenders failed to comply with the above order which we believe should be accompanied by adequate supply of the redesigned notes, should be an extension of the deadline in the greater interest of customers, Nigerians and the economy.

Nigerians urge to truly love themselves and elect leaders that can address their critical needs.