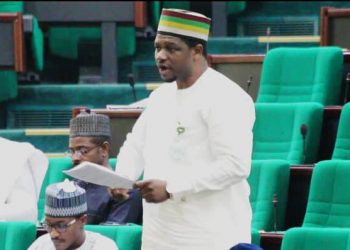 The member representing Jos South/ East Federal Constituency of Plateau State in the House of Representatives Hon. Dachung Musa Bagos has faulted the peace agreements entered into and signed by the Plateau State government with some persons in the recent killings and reprisal attacks on people of the state by unknown gunmen.

The  Peoples’ Democratic Party PDP lawmaker who briefed journalists on Tuesday at the National Assembly on the senseless and unwarranted killings in Plateau by unidentified assailants on recent times also demanded justice for the victims if these senseless attacks.

The first term federal lawmaker said that insecurity had become a  big national challenge as every constituency or community in the country had at one time or another been hit by these unrepentant assailants leaving so many citizens devastated.

He lamented that the perpetrators of these killings in his home state and federal constituency are tagged as unknown gunmen whereas a group of persons have  repeatedly been signing agreements with the government on the need to cease these attacks on citizens.

He said: “what is worrisome is that the unknown people are being called upon to sign these peace deals. As long as the real perpetrators are not being brought to book, there ‘ll always be unknown gunmen”.

“We ‘ve lost so many lives. It is unfortunate. We call for justice and we expect those who sign these peace pacts to provide those behind these attacks”.

He also said that there is an urgent need for an anti land grabbing law in the state to stem the spate of these dastardly acts and summited that the grand plot by these attackers is simply genocide.

It would be recalled that last Wednesday September 8, 2021, eight persons who allegedly kidnapped and later murdered Pa Defwan Dariye a 93 years old father of the former governor of the state Joshua Dariye were paraded by Police authorities at the Force Headquarters Abuja as one of these unresolved killings in the state.

Unvaccinated pregnant woman, 15 others die in Edo of COVID-19 — official

I know the problem of Nigeria, I will deal with it – Amaechi to Niger State…

I know the problem of Nigeria, I will deal with it –…