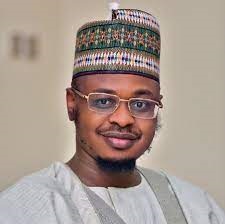 Nigeria’s minister of Communications and Digital Economy, Prof Isa Pantami, has rejected the planned implementation of the five percent excise duty on the telecommunications sector by the Federal Government.

Speaking in Lagos today, at the ongoing forum organised by the Nigeria Office for Developing the indigenous Telecom Sector (NODITS), an agency domiciled in the Nigeria Communications Commision (NCC), the minister faulted the timing and process of imposing the tax on the industry, arguing that part of the responsibility of responsive government is not to increase the problems of the citizens.

He said he is not in support of excise duty.

“I have not been contacted officially. If we are, we surely will state our case. The sector that contributes to the economy should be encouraged,” Pantami said. “You introduce excise duty to discourage luxury goods like alcohol. Broadband is a necessity.

“If u look at it carefully the sector contributes two per cent excise duty, 7.5 per cent VAT to the economy and you want to add, more” he said, adding hardship at this time cannot be tolerated. He urged the tax masters to expand the scope of other sectors that are not contributing to the economy to do so.

“We must come together and salvage the sector. Only telecom sector contributed 13per cent and you want to add more.”

Pantami faulted the lawmaking process that produced the harsh tax because it didn’t involve the chairman of the House Communications Committee. “So we reject it,” he said.

According to him, further tax on the sector will impact on its contribution to the country’s Gross Domestic Product (GDP).

Danbatta elected into Council of Nigerian Academy of Engineering

Danbatta elected into Council of Nigerian Academy of…

Reps Approve Establishment of A Federal Institute for Diving…