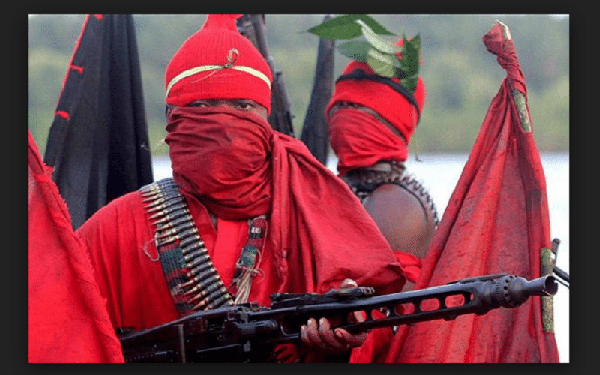 Agitators from the Niger Delta from the oil mining lease (OML 28 and 30) cluster 5 and 6 in different communities of Isoko, Delta State have vowed to bomb oil installations in their domain if they are not included in the pipeline surveillance contract awarded to former militant leader Government Ekpemupolo also known as Tompolo.

The pipeline protection contract awarded to a company linked to Tompolo and some other stakeholders in the region has been generating heated debate in recent weeks.

Many groups, including community-based youth bodies, have been agitating for their inclusion in the multi-billion naira deal worth N4 billion naira every month.

However the latest threat came a few weeks after another ex-militant leader Asari Dokubo threatened not to allow Tompolo access to his Kalabari kingdom in Rivers State.

Meanwhile the aggrieved militants, who spoke to some select reporters in a remote community in Isoko land, said they are ex-agitators from the oil mining lease OML 28 and 30 clusters 5 and 6 from different Delta communities of Isoko.

The leader of the group, who simply gave his name as ‘General’ Do-Good, flanked by his colleagues, issued a twenty-four hour ultimatum to the relevant government agency responsible for the award of the contract to address their concerns.

Failure to do so they warned,  would result in the blow-up of pipelines in their communities as from Monday 10, 2022.

He said, “We in oil mining lease (OML 28 and 30) cluster 5 and 6 from different communities of Isoko, are being marginalised. We have pipelines crisscrossing nearly every community in our area but Tompolo has hijacked our surveillance job so we are doing this to send a warning that we need our share of the pipeline job. We need our share now or we blow our lines off. We have been marginalised for too long.

“We will blow everything that has to do with oil in Isoko land if these issues are not addressed within 24 hours. Tompolo cannot come to Isoko to control our oil,” they warned.

“Even in the Presidential Amnesty Programme, we were treated shabbily and in every other thing coming to the Niger Delta region, we are not well treated.

“Even in this pipeline surveillance contract we have been schemed out so we are giving them 24 hours to call us and address our needs otherwise, every pipeline and oil facility in Isoko will be blown up.

“We are waiting for Tompolo to enter our territory to guard any pipeline here, we are not afraid of him. We are not against him getting his share of the pipeline surveillance contract but he should not come here to lord over us, we want our own pipeline surveillance job to be given to us otherwise we will seize all the oil facilities and shoot all of them down.”

Director, Defence Media Operations, Maj.-Gen. Musa Danmadami, made this known on Thursday in Abuja at the bi-weekly news briefing on the operations of the armed forces.

He said troops sustained pressure and denied criminal elements freedom of action in the two weeks to ensure the provision of an environment conducive for economic activities to thrive.

The pressure also ensured the protection of oil and gas infrastructures in the region, he said.

“In a related development, troops of Operation Dakatar Da Barawo in the sustained fight against crude oil theft and maritime illegalities discovered and destroyed 14 illegal refineries.

“Cumulatively, within the weeks under review oil thieves were denied a total of N2.1 billion in the South-South region.

“Also, between Sept. 23 and Sept. 28, the air component of `Operation Delta Safe’ conducted air interdiction operations at locations observed to be carrying out illegal refining activities at Ahoada in Rivers.

“The airstrike destroyed the illegal refining sites with several criminals fleeing during the engagement.

“A similar air interdiction operation was carried out on an illegal refining site with boathouse accommodation. Facilities there were destroyed while the criminals fled in disarray,’’ he said.

He said the troops recovered 20 pairs of black boots, 20 pairs of special force uniforms, two mobile phones and N15,200 from the suspect.

He added that on Sept. 28, troops arrested two Cameroonians, suspected to be Ambazonian rebels informants at a hotel in Ikang in Bakassi Local Government Area of Cross River.

They arrested eight suspects at the hideout, he added.

The defence spokesman said that in the Southwest, troops of Operation AWATSE intercepted a vehicle conveying 350 (50kg) bags of smuggled rice on the Dangote-Ilaro Road in Yewa Local Government Area of Ogun on Sept. 30.

He added that a joint border patrol team also discovered 145 (50kg) bags of smuggled rice hidden in the bush at Oja-Odan/Ebute in Yewa North Local Government Area of Ogun on Monday.

All recovered items were handed over to the Nigerian Custom Service warehouse, Abeokuta for further action, Danmadami said.

Meanwile, NNPC Ltd wishes to inform the general public that it has sufficient stock of petroleum products and the public should not give in to panic buying.

The current queue situation in some parts of Abuja and its environs is as a result of delays in arrival of fuel trucks. This is happening as a result of heavy flooding that has submerged parts of the highway passing through Lokoja, Kogi State and also an incidence of a failed road section around Badegi-Agaie highway in Niger State.

Consequently, vehicles, especially fuel tankers, are finding alternative roads to get to their intended destinations.

NNPC Ltd is working assiduously, in collaboration with relevant government agencies, to open up this major highway.

While we do that, we urge the general public to remain calm and not to engage in panic buying of petroleum products.

The current situation is temporary and has nothing to do with shortage of Premium Motor Spirit (PMS) as the NNPC Ltd has a thirty-day products’ sufficiency.