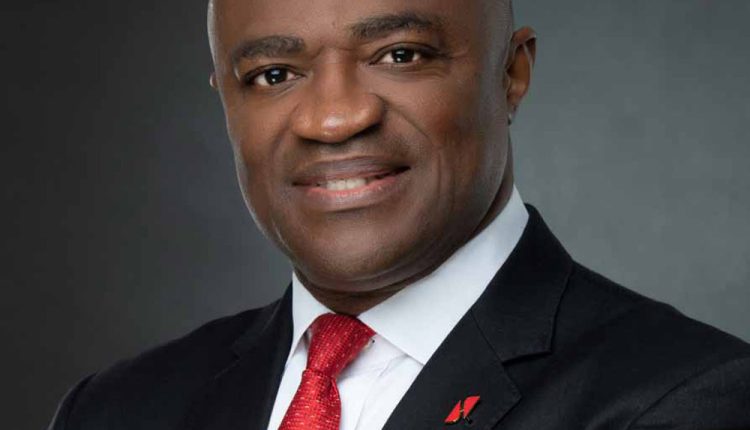 To be saddled with the job of leading one of Nigeria’s solid banks as the 74-year-old United Bank for Africa, UBA Plc and a mandate to oversee the Group’s operations across 20 African countries and globally in the United Kingdom, the United States of America, France, and the United Arab Emirates is a daunting responsibility that requires the very best hand the banking sector can produce.

And getting the topmost job after a rigorous screening by a board headed by an accomplished banker, former Group Managing Director, GMD and one of the industry’s leading lights speaks volumes of the capacity and pedigree of the new Chief Executive Officer, CEO of UBA, African Global Bank, Mr. Oliver Alawuba who was unveiled August 1, to succeed the retiring Mr. Kennedy Uzoka.

With an unblemished career spanning over 25 years in the financial institution and still savouring the record of leading UBA’s Nigerian East Bank division that emerged as the swiftest expanding regional bank in the Group and hitherto Deputy Group Managing Director, his merited emergence clearly not only met industry standards, international best practices but the high expectations of both the board, shareholders and stakeholders.

Amongst Alawuba’s immediate priority therefore, according to experts, will be to consolidate the firm foundation laid by his predecessors in office such as Messrs Tony Elumelu (the Group chairman), Phillips Oduoza and Kennedy Uzoka, the immediate past CEO, and vigorously pursue the bank’s Mission of being ‘a role model for African businesses by creating superior value for all our stakeholders, abiding by the utmost professional and ethical standards, and by building an enduring institution’.

Corporate Social Responsibility, CSR particularly against the backdrop of UBA’s rating as the only bank in Nigeria with a purpose-built foundation and a clear mandate for social intervention in the communities and countries in which it operates.

It is heart warming that unlike most of its competitors, the bank for past several decades established a Foundation that is regularly funded with one percent of the its annual profit after tax which is a further testament of the board and management’s commitment to continuously and positively impact lives through provision of the basic necessities of life to the people.

Announcing that UBA is in safe hands with the coming on board of the topmost banker, who will oversee the Group’s banking operations across its 20 African country network and globally, the UBA Group Chairman, Tony Elumelu stated: ‘I am very pleased to announce Oliver Alawuba as the new Group Managing Director of the UBA Group. Oliver has extensive experience in Nigeria and our African network and is well equipped to advance our pan-African and global strategy.

“I have no doubt that Oliver will build on the legacy of Kennedy Uzoka, who has exemplified transformational leadership by championing a customer-first philosophy; launching our twentieth operation in Africa, UBA Mali; acquiring a wholesale banking licence for UBA UK in the United Kingdom and opening our fourth global operation, UBA Dubai, in the United Arab Emirate,” he added.

But Elumelu’s justified confidence vote on the appointee according to a financial expert, must have been informed by the latter’s experience and excellent track record of service  in the banking domain, both in his capacity as the CEO of UBA Ghana, Regional CEO, UBA Africa prior to returning to Nigeria to head UBA’s East Bank as well as as the immediate past Group Deputy Managing Director, DMD.

More importantly, those who have worked closely with the new GMD over the decades also attest to his skills as a consummate and successful banker imbued with such personality traits as passion for numbers, integrity, amiable personality with exceptional attention to detail and above all sound financial judgment which underscores his elevation to the pinnacle of his career and reward for hard work.

Predicting a successful and rewarding tenure for Alawuba, they pointed out that the appointment of very competent hands such as Muyiwa Akinyemi as Deputy Managing Director; Ms. Sola Yomi-Ajayi as Executive Director, Treasury and International Banking; Mr. Ugochukwu Nwagodoh Executive Director, Finance and Risk Management; Mr. Alex Alozie, Executive Director and Group Chief Operating Officer, and Ms. Emem Usoro, Executive Director, North Bank into the senior management team would provide the needed impetus for the bank to achieve its set objectives, improve dividends for shareholders and break new frontiers across Africa where it is a dominant player.

Alawuba, who hails from Imo state, is not new to the operations of banking across Africa and has close to three decades of banking industry experience having joined the UBA Group in 1997 and had supervised the Bank’s Public Sector and Personal Banking businesses over the years expressed his commitment to his new role as GMD.

“I am grateful for the opportunity to lead this great institution and would like to thank the UBA Group Chairman and the members of the Board of Directors for the confidence they have put in me to deliver the mandate,” he enthused moments after receiving the baton of leading the foremost institution at its head office, 57 Marina, Lagos recently.

A member of the Association of Bank Directors in Nigeria and also a Catholic Knight the new GMD possesses the exceptional qualities of a financial guru sufficiently equipped with relevant experience modern skills required to drive the bank’s growth trajectory and robust bottom line and profitability.

Besides, described as a banker par excellence with passion for innovation and excellence, the GMD is said to be a fan of one of American greatest banker and leading financier of the Progressive Era, the late John Pierpont Morgan Sr who dominated corporate finance on Wall Street, New York City landmark location and later head of the banking firm that became known as J.P. Morgan and Company. It is on record that his rare dedication to efficiency and modernization greatly helped transform many American business in the early twentieth century.

Meanwhile Alawuba’s assumption of duty came on the heels of the recent positive assessment by Fitch Ratings which affirmed United Bank for Africa (UBA) Plc’s Long-Term Issuer Default Rating (IDR) at ‘B’ with a Stable Outlook. Fitch has also affirmed its Viability Rating (VR) at ‘B’ and National Long-Term Rating at ‘A+(nga)’. The VR not only considers UBA’s exposure to the Nigerian volatile operating environment, but also the its healthy profitability and adequate capitalisation, which provide reasonable capacity to absorb losses from an economic downturn.

Considering his antecedent on the job as a true professional and tested banker according to an expert, the GMD would not only overcome the such challenges as ethics and professionalism, poor corporate governance practices, reliance on public funds, slow Gross Domestic Product, GDP growth and the implementation of the Treasury Single Account, TSA, and general insecurity confronting the sector in the country, but lift the bank to greater heights together with the cooperation of the board, management and employees of the bank..