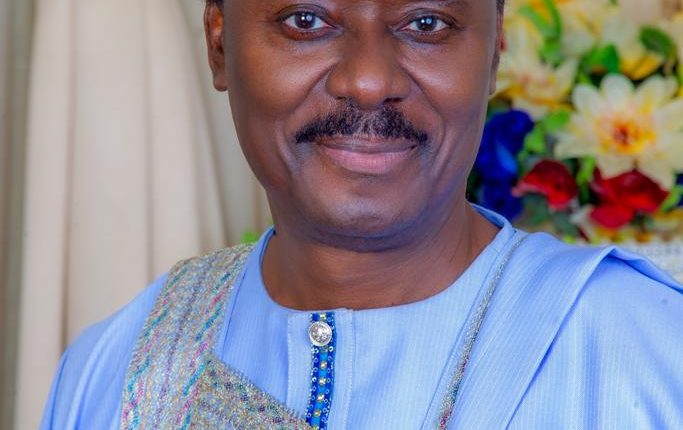 Restructuring has long been the buzzword in our polity; it’s always the rallying cry of ethnic nationalities that feel marginalized in our country.

Various governments since independence have responded to the quest for equity, justice and devolution of power to aggrieved ethnic groups, which was why the Midwest region was curved out of the western region in the first republic.

Yet, regional rivalries culminated in the power struggle that led to the civil war.

The military regime of Gen Yakubu Gowon, which prosecuted the civil war, did so to keep Nigeria one, but the unity of the country has always been tested by the perennial struggle between very aggressive centripetal and centrifugal forces, especially before, during and after every election cycle.

This inspired the participation of patriot, thinker, renowned clergyman and political reformer, Rev Chris Okotie in the political process.

Since 2003, the Reverend has been canvassing the idea of a paradigm shift as a way to reposition Nigeria and align it with modern developmental trends going on around the world.

Okotie threw his hat in the ring by contesting the presidential election three times.

However, in 2019, he began a new process of taking the idea of restructuring to a new level altogether, through his call for the adoption of Aboriginal Democracy as the best template for a new Nigeria.

Aboriginal Democracy is a dynamic new proposition that could solve most of the existential problems of ethnicity, religious bigotry, corruption, mismanagement, phobias, and other issues that have continued to hamper the progress of the country.

Okotie has argued correctly that his campaign for restructuring through the adoption of Aboriginal Democracy, which would be facilitated by an interim government is based on the fact that no incumbent government can restructure Nigeria.

This is a fact of history. All previous governments tried to restructure the country through national conferences, by whatever name called, but such efforts always ended up being blown away by selfish manipulation of the process and the intrigue of politicians.

Moreover, no subsisting government would yield power to an interim government because it would automatically lead to its demise.

Okotie, therefore, decided to summon himself to the enormous task of heading the interim government he is proposing, being a neutral player and patriot who does not covet the presidency as career politicians do.

Of all the political players on the scene today, Okotie is the Face of restructuring, the only one who embodies the type of radical change that could create an all-inclusive participation of all Nigerians in the governing process.

The previous attempts to restructure Nigeria have now culminated in the ad-hoc approach of seeking to address the problem by promoting the idea of devolution of power, state police, resource control and other elements that only turn out to aggravate the challenge of wholesale restructuring, which is what Aboriginal Democracy is all about.

Restructuring by contending politicians cannot work because the main goal of these politicians is to capture power by all means, not to restructure Nigeria.

Running Nigeria is no longer possible under the current constitution with all its flaws and obvious structural defects. It is a document hurriedly authored by the military around 1998, which is why it has the elements of a unitary constitution.

This constitution must be replaced immediately by a truly federal, original constitution which must be a product of the collective will and aspiration of all Nigerians.

That’s what Aboriginal Democracy, as championed by Okotie is promoting for the benefit of all Nigerians, irrespective of tribe, creed, religious beliefs, gender, or other peculiarities.

Being the Face of restructuring, and the chief exponent of Restructuring, Okotie is not running in any election which would follow the restructuring he is advocating. That’s proof of his sincerity and commitment to this project.

This is why the integrity of his campaign cannot be impeached. This is why restructuring should come before the 2023 general election.

Any transition programme that ignores restructuring is unrealistic as it would automatically return the country to the game of musical chairs we have been playing since 1999 when the present constitution became operational.

For those who haven’t read the details of Aboriginal Democracy and the modalities of its operations, I implore them to read the relevant subject on the internet, various media reports, and interviews of Rev Okotie on the matter. They would be educated on the merits of this restructuring template.

However, in a nutshell, let me attempt a summary of the interim government proposition. First and probably most fundamental is the elimination of the legislative branch of government.

Okotie believes that these organisations are best suited to make laws about their respective areas of interest, than lawmakers who know little about the specialized functions they currently preside over.

Aboriginal Democracy has no provisions for ministers, political parties and most of the current structures of government that have become the wasteland of public resources.

The Aboriginal Democracy as the basis of a restructured Nigeria would reduce or eliminate corruption, mismanagement and regional xenophobia, which constitute the perennial headwinds that hold back our progress.