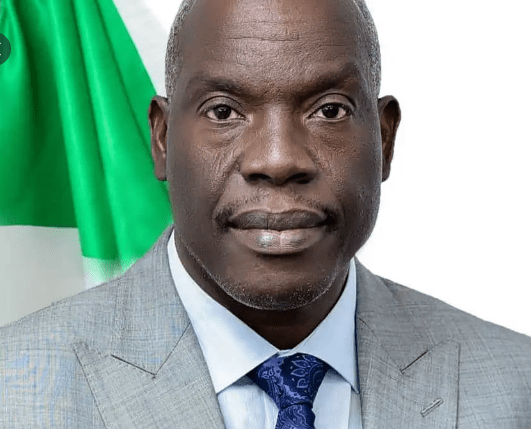 The newly created Nigerian Upstream Petroleum Regulatory Commission (NUPRC) has solicited the support of the Oil Producers Trade Section (OPTS) for the smooth implementation of the Petroleum Industry Act (PIA).

Mr Gbenga Komolafe, Chief Executive Officer, NUPRC, made the call in his maiden meeting with top OPTS members on Wednesday in Lagos.

The OPTS is comprised of 29 companies who are the major players in Nigeria’s oil and gas sector.

Komolafe noted that the OPTS was a critical stakeholder and partner in the development and operations of upstream assets in the Nigerian oil and gas industry.

He said the NUPRC was established following the signing of the PIA by President Muhammadu Buhari on Aug. 16 and was aimed at optimising the sector’s contribution to national development.

“The implementation of the PIA is very germane to the president and this current administration and he has given us a period of six to 12 months to begin to deliver some of the key deliverables.

“It is against this backdrop that I have decided to host this meeting in Lagos to reinforce my acknowledgment of your association and to solicit your collaboration as industry stakeholders,” Komolafe said.

He noted that the meeting was coming at a critical time when the clamour from the global community was focused on energy transition from fossil fuels to cleaner energy.

According to him, this has resulted in funding challenges for exploration activities being faced by the companies.

He said the meeting was to familiarise the commission with the OPTS members and listen to the challenges hindering optimisation of key areas in the upstream sector.

“Permit me also to say that this is the first in the series of engagements with you as our vision is to build a 21st century regulator that will be fair, just and be a critical business enabler in the upstream petroleum sector.

“It is in this wise that we urge you all to join hands with us in building confidence in the industry for robust investment,” Komolafe said.

Responding, Kennedy while congratulating Komolafe on his appointment, assured him of the support and cooperation of the OPTS in achieving the mandate of the commission.

Kennedy said the establishment of the commission forms a major milestone in the reforms being made in the Nigeria’s petroleum sector, especially the passage of the PIA.

He, however, noted that the OPTS would need collaboration with the commission regarding some of the key timelines in the implementation of the PIA.

He said the challenges faced by the companies were high operating cost, security, lengthy contract cycle, multiple levies and taxes, among others.

Meanwhile, the Nigerian Upstream Petroleum Regulatory Commission (NUPRC) has unveiled its brand new identity at its head office in Abuja.

According to a statement by the commission on Wednesday, the unveiling of the logo is part of NUPRC strategic branding programme.

The logo, which has simple features, typifies the essence of upstream operations with a rig icon embedded in the logo to reflect the commission’s mandate.

NUPRC, which replaced the defunct Department of Petroleum Resources (DPR), was established to regulate operations including technical, operational and commercial activities in the upstream sector.

“The launch of the commission’s new brand identity is to formally unveil the NUPRC to the world.

“To acquaint and familiarise our investors and stakeholders with a new global regulatory commission of the 21st century that is a regulator business enabler with a specific focus on upstream operations,” it said.

The News Agency of Nigeria (NAN) reports that Chief Timipre Sylva, Minister of State for Petroleum Resources, inaugurated the Governing Board of the new entity on Oct. 20.

The minister also inaugurated the governing board and CEO of the Nigerian Midstream and Downstream Petroleum Regulatory Authority (NMDPRA), which replaced the Petroleum Equalisation Fund (PEF) and the Petroleum Products Pricing Regulatory Agency (PPPRA).

The inauguration of the two bodies are critical steps to ensuring effective regulation and best practices in the sector, in line with the Petroleum Industry Act (PIA) and global standards.