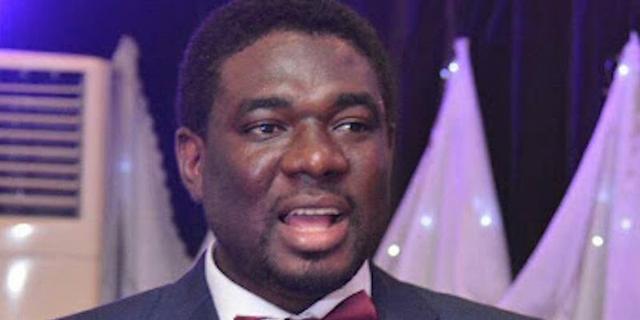 As Nigeria celebrated its 62nd independence, the leadership of Trade Union Congress (TUC) said, most of Nigerians would not have lived to see this day, if their lives were in the hands of politicians.

The executive of the Congress also said the only thing to celebrate in the past 62 year is the grace of life which is magnanimously and freely given by the creator.

It said “if the air we breathe is in the hands of our politicians, perhaps more than half of the country’s population will not be alive today.

The TUU’s NEC statement signed by the congress President, Festus Osifo, said it was sad that at 62, Nigeria is still a toddler, and in the league of never-do-well.

“At independence in 1960 we had high hopes and a relatively functional system but today corruption, insecurity, high cost of living, decayed infrastructure, etc., has practically eroded the gains of our heroes past.

“Favoritism and nepotism have been enthroned as the driving factors in placing people into leadership positions instead of knowledge, character and Willpower; this is one amongst several factors that is responsible for where Nigeria find itself today.

“According to National Bureau of Statistics (NBS) the unemployment rate has hit 33.30 % and its now one of the highest in the world. Inflation rate has increased to 20.52% in August 2022. The misery index, has gone beyond the roof just as maternal mortality rate and number of out of school children are freighting. One can safely conclude that these are some of the factors responsible for the Insecurity challenges that has paralyzed our economy and no positive and practical steps are being taken in addressing it.

“Nigeria is among the top oil producing countries in the world, but disgracefully our country does not know the exact quantum of barrels produced per day, neither can we refine our crude locally, which invariably frustrate Foreign Direct Investment (FDI) and export Jobs.

“Similarly, daily, our government decries the spate of oil theft and pipeline vandalism which has affected the daily production and reduced it to less than a million barrel per day. It is disgusting that nobody has ever been punished for such criminality against Nigerians.

“It will be right to opine that the government know those perpetrating the crime as it has severally threatened to name individuals and organizations behind such heinous acts, we urge government to expedite action towards exposing these culprits.

“Once upon a time we had foreigners in our universities as lecturers and students. Today, our children have been at home for over seven months because of ASUU strike and government insensitivity to honour collective agreement.

“Ministers that ought to put on thinking caps in finding lasting solution to the impasse walk out of negotiations at will just as government functionaries flaunt graduation pictures of their kids and loved ones from Ivy League schools and premium universities abroad.  This ugly trend must be put to a halt.

“Nigerians desire a genuine alteration, a true variation. We call on the Federal Government and Independent National Electoral Commission (INEC) to ensure that Nigerians have a credible election in 2023, and ensure that votes of Nigerians count. The 2023 elections is another litmus test for the present administration.

“The Congress wishes to congratulate Nigerians for their resilience, patience despite the hunger and high cost of living.  Politicians deliberately choose to impoverish us, but there is always a time to say enough is enough, AND THE TIME IS NOW THROUGH OUR VOTES”., the statement noted.

It further said ,”Never again shall four men sit in a room to choose who will preside over Nigeria.

“The scales have fallen off the eyes of the masses, and they can now see clearly. We can see a better Nigeria where the children of nobody can become somebody; Nigeria belong to all of us.

” Finally, we are desirous together with our allies, civil society and informal workforce to change the narrative, and have resolved not to trade our welfare for anything anymore”.