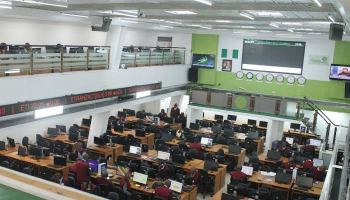 Mixed trading persisted on the Nigerian Exchange (NGX) Ltd on Tuesday with the indices closing relatively flat with a loss of 0.004 per cent on improved market turnover.

Accordingly, month-to-date return and year-to-date loss stood at 0.1 per cent and 2.5 per cent, respectively.

On market outlook, analysts at Afrinvest Ltd predicted that the mixed performance would be sustained in the next trading session in the absence of any positive catalyst.

Kurfi said that the stock market would likely close the week upbeat if the results of the anticipated banks were impressive.

Cornerstone Insurance led the losers’ chart in percentage terms by 8.77 per cent to close at 52 kobo, per share.

On the other hand, United Capital led the gainers’ chart in percentage terms by eight per cent to close at N8.10 per share.

Transactions in the shares of FBN Holdings topped the activity chart with 92.29 million shares valued at N687.73 million.

Osinbajo to states: To raise IGR,  Think like sovereign entities

Osinbajo to states: To raise IGR,  Think like sovereign…